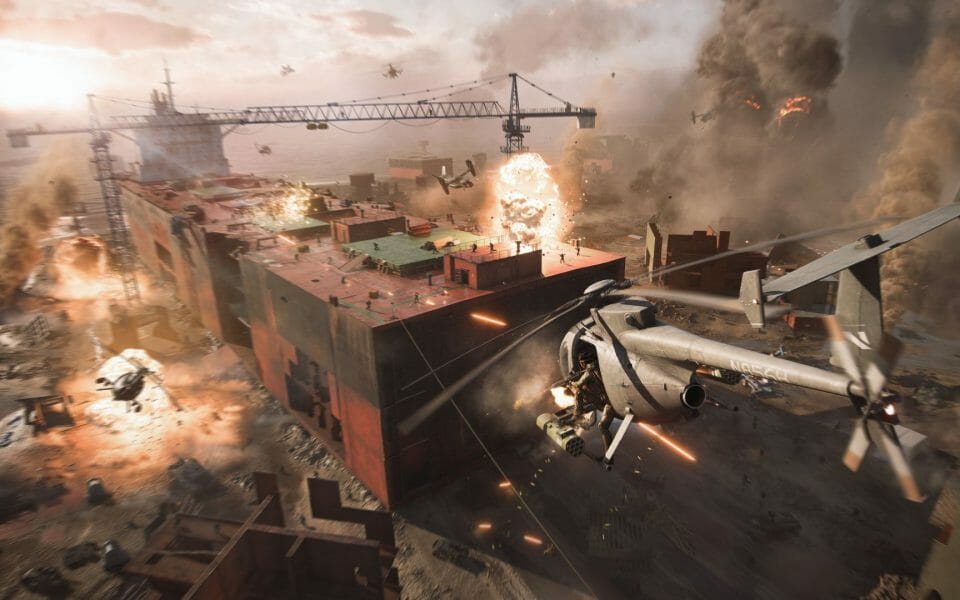 For people who love the FPS genre, the second half of 2021 is going to be a great time for games! With Battlefield 2042 coming out in October and a new Halo game releasing soon, there are plenty of opportunities to get your fix. Here’s a list of some fantastic-looking FPS games that will be released later this year or early next year.

FPS fans will be excited to learn that a new Battlefield game will be released in just a few weeks! Battlefield 2042 is an upcoming game set in the near future. You can check out the awesome, official gameplay trailer below. From tanks drops to massive sandstorms and with even more destructible terrain, Battlefield 2042 will breath new life into the BF series.

Halo fans will be happy to know that a new game in the beloved series is finally releasing. Titled “Halo Infinite”, it features our favorite spartan continuing to battle his way through hordes of Covenant scum. It is one of the most anticipated FPS games in 2021.

Although little is known about the finer details of the game’s storyline, some very beautiful-looking gameplay has already been shown. In a short clip that can be viewed below, Master Chief catapults himself through the air with a Covenant energy sword in hand to eliminate a group of Elites.

While the storyline in Halo is always great, what we’re looking forward to most is getting into the multiplayer. Fortunately, multiplayer in Halo Infinite is also shaping up to be very impressive! The game continues to be an Xbox exclusive title, so, unfortunately, PC gamers without a console won’t be able to play it.

It’s a little hard to separate out the legal/HR issues plaguing Activision from their upcoming release of Call of Duty. We hope the victims are able to find their justice and the company is able to move forward and continue to make more great games.

While Call of Duty releasing later this year doesn’t yet have an official title, we’re sure it will be another great FPS game in the series. We really enjoy the fast-paced action of Call of Duty that mixes things up when Battlefield gets overplayed.

Most notably, a small team of players will cooperate to fight their way through hordes of zombies. At the same time, another team of players takes control of some of the more powerful zombies in hopes of devouring the hapless humans.

The developers have added an interesting new mechanic to the game which should mix things up and prevent the game from becoming stale. Players will craft a deck with cards between levels that will introduce interesting gameplay changes to the subsequent rounds. Likewise, the AI will use a corrupted deck to counter the humans’ efforts and increase the difficulty.

#Final Thoughts on these Great FPS Games Releasing in 2021

We’re excited to see all of these awesome FPS games coming out in 2021. They are all great successors to previous FPS games that have given players countless hours of enjoyment. Let us know what you think or if there’s anything else specific you’d like to hear about!

And be sure to check out the rest of our content.