How to Beat Janna as Galio

The ideal items to use in your Galio versus Janna build consist of Banshee's Veil, Hextech Rocketbelt, and Zhonya's Hourglass. When Galio included at least these three pieces in his build, he performed significantly better vs. Janna than with most other commonly used item sets. 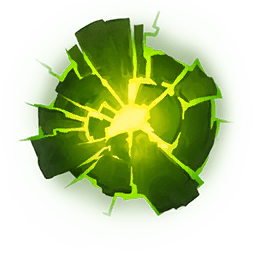 Celerity
To have the best probability of crushing Janna as Galio, you should take the Aftershock, Shield Bash, Bone Plating, Unflinching, Nimbus Cloak, and Celerity runes. Out of all the runes players used for Galio vs Janna fights, this blending of runes yielded the best win rate. We have also shown the best Janna runes to counterpick against Galio to help you interpret how she will probably be setup against you.

Runes Janna Will Likely Use to Counter Galio 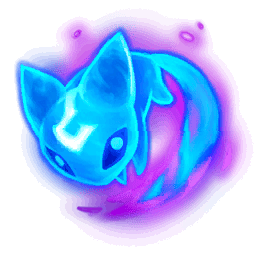 The stats shown on this page highlight some critical Galio against Janna matchup statistics that can help you appreciate the distinctions between the pair. For instance, Galio’s KDA ratio ([kills + assists] / deaths) of 2.4 is less than Janna’s ratio of 3.0, highlighting that Galio may be less central to his team's team fighting effectiveness than Janna.

Galio typically has a much larger longest kill spree than his counter does. On average, Galio takes more damage than Janna. This commonly reflects different amounts of tankyness, but it can also imply that the champion with higher HP has less mobility and thus is not able to flee from additional damage when engaged or poked.

In Galio vs Janna matchups, Galio often earns much more CS than Janna. Champs that do not acquire a lot of minion kills usually don't require much CS to be effective. Instead, they are able to scale properly off their abilities alone. However, champs with tons of CS, such as carries, usually need a lot of gold to be effective. In either case, work to pass the averages displayed here to do well.

By default, Galio vs Janna tips, statistics, and build guide are shown for all skill levels combined. If you want to narrow the stats and builds to an individual rank, you may use the selection menu located at the top of the page.

At MOBA Champion, we summarize millions of ranked League of Legends matches every week. In our data, Galio did battle with Janna 3,006 times. Including so many matchups for Galio versus Janna provides us a lot of faith in our capacity to provide actionable data and a solid build to crush your rival.

This counter pairing is relatively uncommon. Galio encounters Janna in only 5.0% of his games. Unfortunitally, Galio has done a dismal job of beating Janna. On average, he wins a acceptable 49.0% of matches the champions face each other in. In Galio against Janna games, Galio’s team is 1.0% more likely to get first blood. This indicates that he probably will be able to get first blood against Janna.

For this counter guide, we analyzed 3,006 Galio vs Janna matchups from recent LoL games. We use rigorous data cleaning and processing methods to ensure that our counter stats are of the highest quality. You can rest assured that the recommended build to counter Janna as Galio comes from real data and is not the fabrication of some random LoL player, as some other sites provide. You can use the filters at the top of the page to view the most relevant stats and items to your rank.