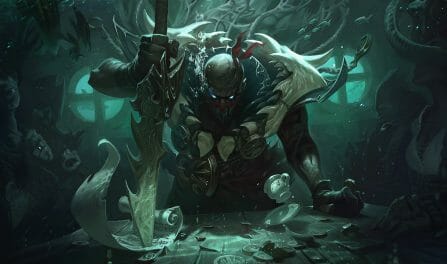 Giftzahn der Schlange
The most important items to use in your Pyke build are: Duskblade of Draktharr, Dead Man's Plate, Edge of Night, and Serpent's Fang. Moreover, as with our rune suggestions, you can also get great, dedicated, Pyke item builds further down for the specific enemy team comp you are facing in your current game. Those who included these pieces in their gear had a higher win rate than players who tried for other Pyke builds. 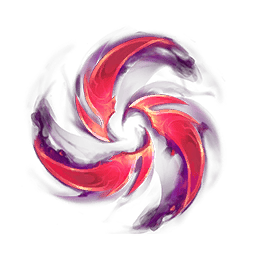 Flinkheit
If you are facing a mixed enemy team composition, you should really consider grabbing yourself the Hail of Blades, Taste of Blood, Zombie Ward, Relentless Hunter, Nimbus Cloak, and Celerity runes. In recent matches, he won the greatest percentage of his rounds when built with these runes. Yet, if you are facing a different enemy team comp, such as an AP focused or a CC focused team, you should instead look further down to find the best Pyke runes to win your particular round.

We set our Pyke build suggestions by analyzing 128,825 recently ranked League matches with him in them. We only advise the best winrate Pyke builds that have been used by ranked players enough times for us to propose them. With so many matches in our dataset, we are confident in our suggested builds.

Additionally, Pyke builds specific to a particular skill rank can be viewed by choosing a different division from the dropdown menu found above. The recommended Pyke build shown will be focused on that division’s meta.