How Mylo in Arcane Helped bring Jinx's Descent into Madness 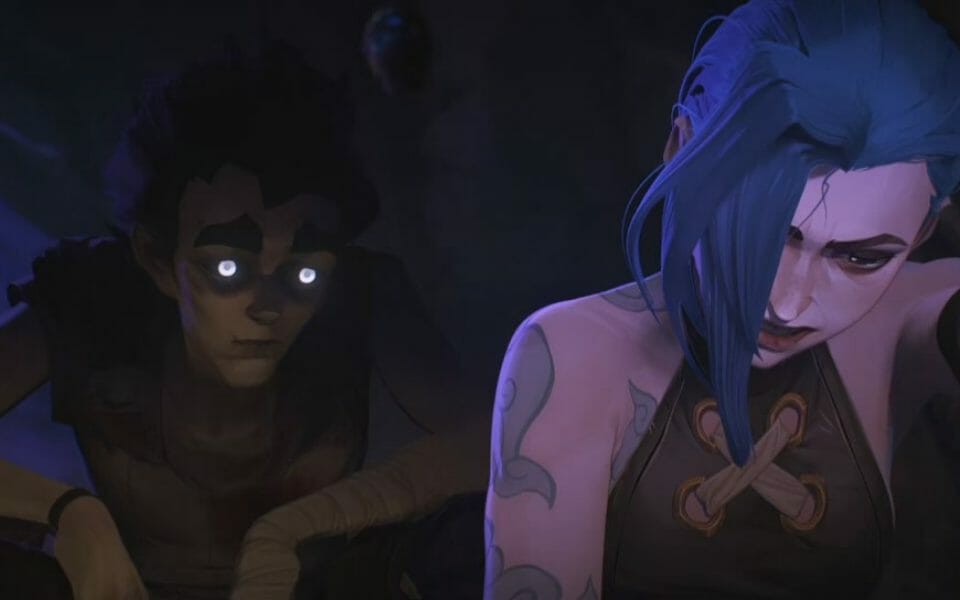 In Arcane, Mylo is an older boy who is part of Vi’s street gang of friends. He is brave and loyal, yet he is also brash, rude, and quick to blame Powder whenever something goes wrong. It’s this stubborn rudeness and cruelty towards Powder that lays the foundations for Powders fall into the character Jinx. Without Mylo’s constant attacks that make her feel like an outcast, it’s hard to say whether or not Powder would have ended up like Jinx or more like Vi in the end.

Warning: This article contains significant spoilers about Mylo and other characters in Arcane. If you have not already watched Arcane, a League of Legends story, you should definitely check it out on Netflix before continuing.

Who is Mylo in Arcane?

Mylo is one of Arcane's more realistic characters. He is just a young man with a mix of good and bad qualities. Most notably, he is very loyal to his friends and adopted family. He is also incredibly brave. Yet, at the same time, he constantly picks on his group's youngest and weakest individual, Powder.

Arcane is in large part the story of Powder's fall into madness and the rise of the character Jinx. Even though Mylo was only a side character in Arcane, he played a pivotal role in isolating Powder in Arcane and making her feel lonely, bitter, and jealous of her older sister, Vi. It would be these emotions that would drive her mad in the end.

Mylo is best known by fans as Powder’s frenemy/bully. In the first scene with Mylo, Vi is leading her siblings through parkour like maneuvers towards their target of burglary. Powder hesitates, and Mylo yells “called it!” though he had doubted her. When Powder successfully makes the jump, Mylo still scoffs at her.

Mylo, although wiry, is much bigger than Powder, and at least a few years older, so it is somewhat shocking to see him be so cruel to her.

In the next scene in Arcane, Mylo and the others arrive at the penthouse of Jayce Talis in Arcane. He tries his lock picking skills against the door Vi kicks it in. When Vi hears someone coming, Mylo shows that he is competent and quick to act, leaping up and jamming his chair under the door handle.

When the penthouse explosion catches enforcer attention. Mylo and the others flee through the Piltover streets. They jump over a gap in a bridge as a boat passes under, duck down alleyways, and down a sewer. Vi forces a reluctant Mylo into this last rout over his complaints. Mylo is quick to blame Powder for the explosion, although he didn’t see her cause it.

Back in the Underworld

After the brutal fight against Deckard’s gang, Power confesses to tossing the loot, and Mylo gripes at her. “I get my face bashed din and she just gets a pass? Ever time she comes something goes wrong. She jinxes every job.”

Showing a grey morality, Mylo casually steals from a fellow Zaunite as they go home. As a thief, he seems to be imitating his father figure, Vander. As Vi put it, robbing the penthouse is exactly the kind of job Vander would have gotten up to at their age.

Mylo’s better qualities, courage and loyalty, were on display during his failed attempt to rescue his father. We also got to see another example of Vander’s gentle parenting side. Instead of telling Mylo to hurry up and stop making mistakes, Vander encourages Mylo: “Take a breath, you’ve got this.”

Mylo was inadvertently killed by Powder when she detonated a Hex Crystal in a warehouse belonging to Silco. He lived on in the memories of those who knew him, most especially in Powder’s. Powder would often hallucinate Mylo’s voice. He would whisper her deepest fears and insecurities, condemn her, and reflect her self-hatred. His curse towards her, “Jinx,” became her new name. It really showed the outsized impact childhood bullying can have on the wrong mind. Mylo didn’t seem to be trying to give Powder a complex or harm her in such a lasting way. Like many older brothers, he was just too immature to value his younger sibling.

Tropes for Mylo in Arcane

Mylo fits the “Big Brother Bully” trope. This trope is everywhere, both is life and in fiction. Examples include Reese in Malcom in the Middle and most sibling pairs in Game of Thrones.

Mylo played a small but pivotal role in Arcane. While he is not a lovable character, he was very real. Furthermore, he serves as a warning to everyone about the dangers of emotional abuse. Cruel words can cause lasting and permanent harm to those who suffer from it.