The Best 6 Games Like Smite to Play for MOBA Fans 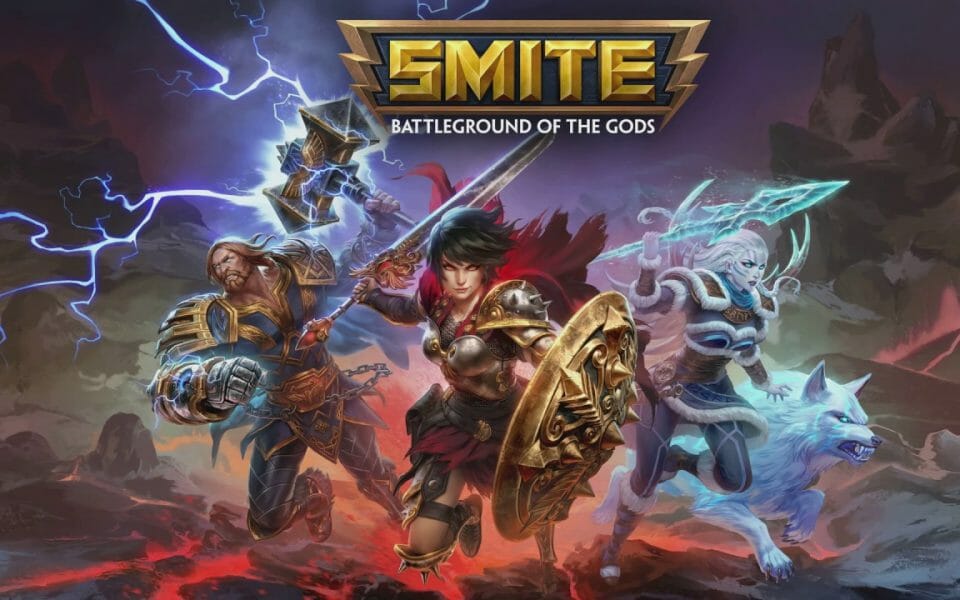 Sometimes, the top-down perspective of MOBA games doesn’t excite you. Thankfully, there is Smite, which has a third-person perspective, and that’s not the only impressive thing about the game. Smite even features gods from different mythologies that you can play with to battle each other.

Like other MOBA games like League of Legends, you will have to get items at the start of the game and throughout to build up your character and beat other gods in return. Alongside all this, there are various game modes like 1v1, domination, random mode, etc. Smite is a really great game, but sometimes we all need a change. For Smite fans, we’ve amassed this list of other fantastic games like Smite that you can play today!

League of Legends is the undisputed king of the MOBA genre. It has the most extensive fan base of any MOBA game on this list. It also has one of the biggest prize pools in e-sports. LOL comes with that same old top-down perspective, but it has a ton of competitive goodness, like SMITE. Also, if you are new to the MOBA genre, you can learn the game mechanics from the start and play competitively within days. We’ve even prepared a guide to help you find the best beginner champions in LoL to start with.

League of Legends is one of the best games like Smite in many ways. You can choose from a few great game modes in both games, pick your champion from a large roster, and then battle in an arena fresh in each match. Moreover, you have to use strategies and items to get the upper hand on enemies. You might ask, what is your task here? Well, there is a total of three lanes in the game, namely, mid, top, and bottom. Your job is to defend your towers in the lanes and keep the enemies from destroying the main base at the corner end, while trying your best to end the enemy’s main tower.

Finally, you will find a mini-map on the corner of the screen, Jungle, where you farm to earn items and attributes of characters. All of this makes it one of the best MOBA games out there, similar to the experience of SMITE.

That’s a gross oversimplification, and we have tons of LoL guides available to you. Yet, for our purposes here, it’ll do.

There is a close competitor to LoL: Defense of the Ancients 2. You might have heard it by another name, most commonly DOTA 2. Well, it’s a popular game that is on the tongue of both MOBA lovers and MOBA haters. While LoL is a bit easygoing for the newbies, DOTA 2, on the other hand, is much more complicated and slow-paced. You have near about the exact mechanisms and feelings here in DOTA 2.

For instance, you have to pick a game mode from various choices, then pick a hero from its 100+ characters and play the game. Same as always, your job is to Defend your base (i.e. ancient) while doing your absolute best to destroy enemy, the ancient. Besides this, you are getting the same stuff like mini-map, jungle, farming, character attributes, items, and abilities.

Dota 2 was the successor of Dota 1, an extra mod for World of Warcraft 3 (WoW 3). While SMITE is all about fun and quick plays, Dota 2 comes with High stakes. Dota 2 is also representative of peak competitive plays in the MOBA industry, like having complex characters like Invoker, Meepo, Chen, etc. Besides all this, both LoL and Dota 2 are from the same genre of MOBA games and are included in top MOBA games like Smite.

Heroes of Storm - A MOBA Game from Blizzard

Whenever you search for the best games like SMITE, there will of course be Heroes of the Storm (HOS) on the top of the list. There is a whole reason behind its popularity, and we will discuss it afterward. Heroes of the Storm is developed by Blizzard and brings to you the rooster/characters from some of the most popular Blizzard games like Diablo, WoW, and StarCraft. Who wouldn’t want to experience these game characters?

You can find a bit of similarity between SMITE and Heroes of the Strom, except for their mythos. In SMITE, you play as gods that attract lovers of various mythologies. While in HOS, Blizzard tried to lure fans of different games to a single platform. Amazingly, HOS stands as one of the most competitive MOBA games.

Paladins is a unique game coming in with a combination of various games. When you play Paladins, you feel as if there is a marvelous mashup between FPS games and other games like SMITE and LoL. Therefore, in Paladins, you will have that good old FPS perspective instead of either top-down or third person. For the lovers of Smite and FPS games, Paladins is a perfect choice to get started with.

Starting with the game itself, you have a choice of character from various categories and then select abilities you would like to start your game with. This game is all about a conflict between two sides and you, along with others, are here to make things better. There are various categories of characters to choose from like; Damage, Support, Front Line, and Flank.

If you want a physically similar-looking game to SMITE, then look no further because Realm Royale is here. This game isn’t a MOBA game per-se, but rather a third-person shooter that comes with different characters to choose from. Each character has unique abilities, and you have to use them to win the round. Realm Royale is also similar to Paladins but in a Battle Royale kind of gameplay or some even say that it looks like Fortnite in many ways.

But that is not the case because Realm Royale is a unique game coming with Abilities, Forges to help you with crafting, Runes, and even Mounts. These things are usually found in MOBA games, but here you have that in a Battle Royale perspective.

Furthermore, Realm Royale is a straightforward game to get started with. You don’t have to worry about the controls and movements because this game is optimized for that. As there is no recoil on your guns, the pattern is easy, and you have a lot of bullets. This makes it one of the most accessible games in the gaming industry to try.

The only drawback to this game is that it is a relatively new game, coming with a bunch of bugs, and it is not even fully out yet. Lastly, there are a lot of modes for you to try like Squad, Solo, and duo. One thing is that you have to use comms to get the win. Same as SMITE, teamwork and communication are the way to win.

If you want to have the luxury of playing SMITE on a smartphone, then there is a game named MLBB that lets you get the same feel. MLBB (aka Mobile Legends Bang Bang) is considered the top MOBA game you can enjoy on your portable smartphone.

There are items, abilities, mechanisms, and cool things in-game to make it competitive. There are even e-sports like tournaments with a whooping high prize pool for this game. Lastly, the game is developed for smartphones, so well you don’t have to worry about anything.

Final Thoughts on the Most Similar Games to Smite

If you haven't found any other better game to play than Smite and are really just looking for a way to get better at the game, check out these great Smite tips to help you improve today!