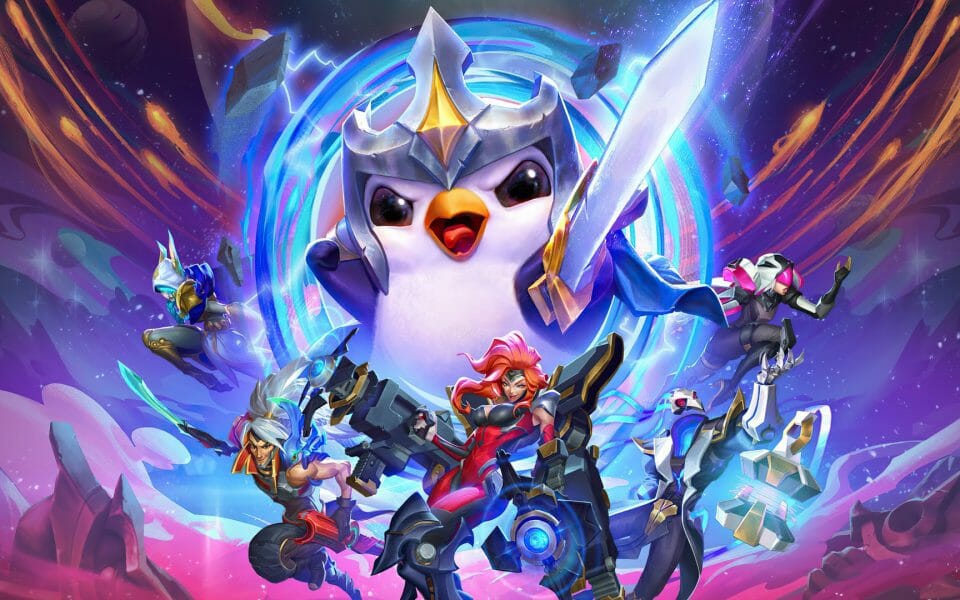 Teamfight Tactics is a relatively new and exciting, auto-battler spin-off from League of Legends. While Teamgfight Tactics (a.k.a. TFT) makes use of many of the same champions and moves as League of Legends, it is a very different game. To get better and win in TFT, you must understand the game’s unusual rules, champion builds, and item combinations. We will cover each of these and more about the TFT meta in this in-depth TFT guide for beginners.

What is Teamfight Tactics?

Teamfight Tactics is a variant of League of Legends where you don’t individually control one champion but instead control the entire team. During draft phases, each player picks their champion from a random pool of available heroes to serve on their side. Heroes can be positioned on different hexes on the board between rounds.

During a Teamfight Tactics round, the champions fight each other automatically, without interference from the player. How each hero is positioned, what their levels are, and what items are in use, dictates the winner. To win, you must learn how to synergize your champion picks, counter enemy tactics, and strategically use your items. Our Teamfight Tactics guide for beginners will get you up to speed and ready to dominate your competition.

What does TFT Stand for?

At the beginning of a TFT game, each player’s “Little Legend” avatar starts with 100 health points. Whenever a player loses, their avatar loses health points proportional to how badly they lost. If a player wins with only one champion alive, they only take a small number of health points away from their opponent. 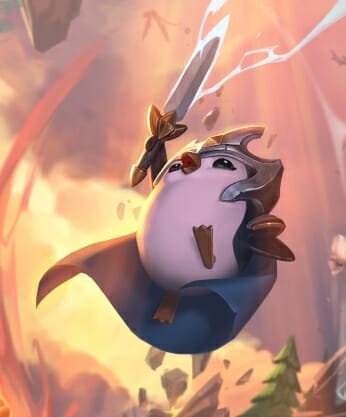 At the beginning of a TFT game, each player’s “Little Legend” avatar starts with 100 health points. Whenever a player loses, their avatar loses health points proportional to how badly they lost. If a player wins with only one champion alive, they only take a small number of health points away from their opponent.

If, however, they win with many heroes still left alive, they will remove a higher number of health points away from the loser with their victory. When a player reaches 0 health, they lose.

The objective in TFT is to outlast all other opponents and be the only one standing with health remaining. The order in which players are eliminated dictates their final positions. Players who place in the top 4 spots are considered winners and earn ranking points while players in the bottom four positions lose rank. The amount of points you win or lose is dictated by your actual placement, with placements 1 and 8 significantly affecting your standings.

How to Play Teamfight Tactics

A Teamfight Tactics game proceeds through successive TFT rounds. It is split into several different phases: shared draft, between combat champion select, combat vs monsters, and combat vs other teams. We will cover each.

At the beginning of the game and periodically throughout the game, players will be pulled into a shared draft. You will see champions circling in the middle of the stage. Each hero will have an item above their head.

Run into the champ you wish to select. Hurry, though, as you are competing with everyone for the same pool of champions and items. The hero you get will be turned over to you after the shared draft phase with the item they had above their head.

Between combat rounds, you can buy champions from the pool of five random, potential champions at the bottom of your screen. The rarity and cost of each hero scale together. The color border around each champ in the store indicates its rarity and price. Champions cost from 1 to 5 gold. Highlights shift from clear to green to blue to purple to yellow to more clearly indicate each champion’s rarity.

If you don’t like the champions available in the shop, you can re-roll for two gold to get a new set of five champions to purchase. Be careful how many times you re-roll in TFT. You can easily waste all of your money that could be put to better use.

How to Upgrade Champions in TFT

If you can purchase or otherwise obtain three champions of the same level (not rarity), they will level up. Currently, there are only three possible levels for each champ in TFT. Every time you level up champions in TFT, their power increases significantly. It is a good idea to try to level up your heroes as quickly as possible. Level two (silver glowing) champs are much more capable than level one champions are. Moreover, level three (gold glowing) heroes are even more powerful.

How to Sell Champions You Don't Want or Need

You can sell champions back to the shop for gold by dragging them back onto the shop in the lower part of your screen. Any items on champions you sell will be returned to your inventory.

Still, this can be a great composition to play in any TFT meta as it usually guarantees you a spot in the top 4, though rarely the winning position. This will let you slowly climb the ranking ladder, but may get boring after a while.

Late game team comps fit into the TFT Meta by focusing on building towards powerful, high-level champions and great item combos. This can lead to some powerful compositions and 1st or 2nd place wins.

Yet, it’s a much more risky approach, as it relies on you getting lucks and getting at least a few, specific, high-level champions and/or item combinations. Yet, when things go your way, it’s awesome!

At the beginning of the game, and sporadically during later phases, you will phase a wave of monsters instead of player teams. Some waves have special rules. For instance, the krugs like monster will heal the remaining monsters when they are each killed. 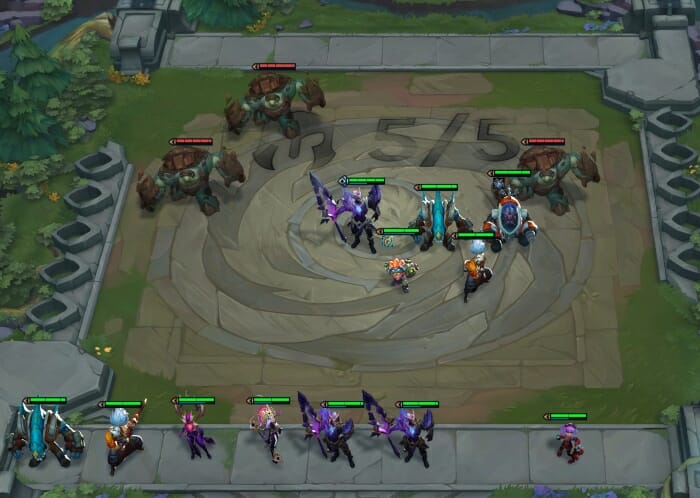 At the beginning of the game, and sporadically during later phases, you will phase a wave of monsters instead of player teams. Some waves have special rules. For instance, the krugs like monster will heal the remaining monsters when they are each killed.

In general, monster waves should be trivial, especially at the beginning of each game. It’s unusual for someone to lose against a monster wave. Monster waves, though, are very valuable.

There is a random chance that items, champions, and gold will drop from each monster when they are killed. Killing monsters will be your primary source of items.

Most of your combat will be against player-owned teams in Teamfight Tactics. During battle, you will be unable to affect the champions or the outcome very much. You can place items on heroes during combat. However, in general, it’s fair to say you can’t affect combat once it has started.

During battles, you should watch to see if you have any vulnerabilities to the other teams. Further, take note of how they position their champions. This can guide you to better position your heroes.

Champions are simplified a bit from their LoL counterparts. Each hero in Teamfight Tactics only has one ability. Some champion abilities are passive and don’t require mana. For all other champs, they can only use their unique ability once they fill up their mana bar. Champions can fill up their mana bar from a few different sources. The most common ways are taking damage and dealing damage.

To see a champion’s ability, right-click them and hover over the image in the bottom left of the info card that appears. This info card will also show you the champion’s attack damage, ability power, attack speed, etc.

Every champion in Teamfight Tactics has at least one class and origin. If you combine multiple heroes with the same class and/or origin, you can receive powerful bonuses. These bonuses can be for the champions of that class or origin, or they could affect all your heroes.

Currently, there are 13 different Teamfight Tactics classes and ten unique TFT origins. We won’t dig into all the classes and origins here. You can check out the nice infographic below that highlights champions and bonuses for each class and origin. For those interested in any particular classes’ or origin’s strengths, weaknesses, or strategies, we’ll be preparing in-depth guides for each soon.

From within the game client, select “TFT” from the top headers to enter the Teamfight Tactics game mode.

Teamfight tactics is also available on mobile devices. You can download the game on both Android and Apple devices from these links.

Players show off their TFT skills through their Little Legends avatar skins. Some can be very rare and difficult to earn. The best way to get Little Legends Avatars is through playing lots of games. 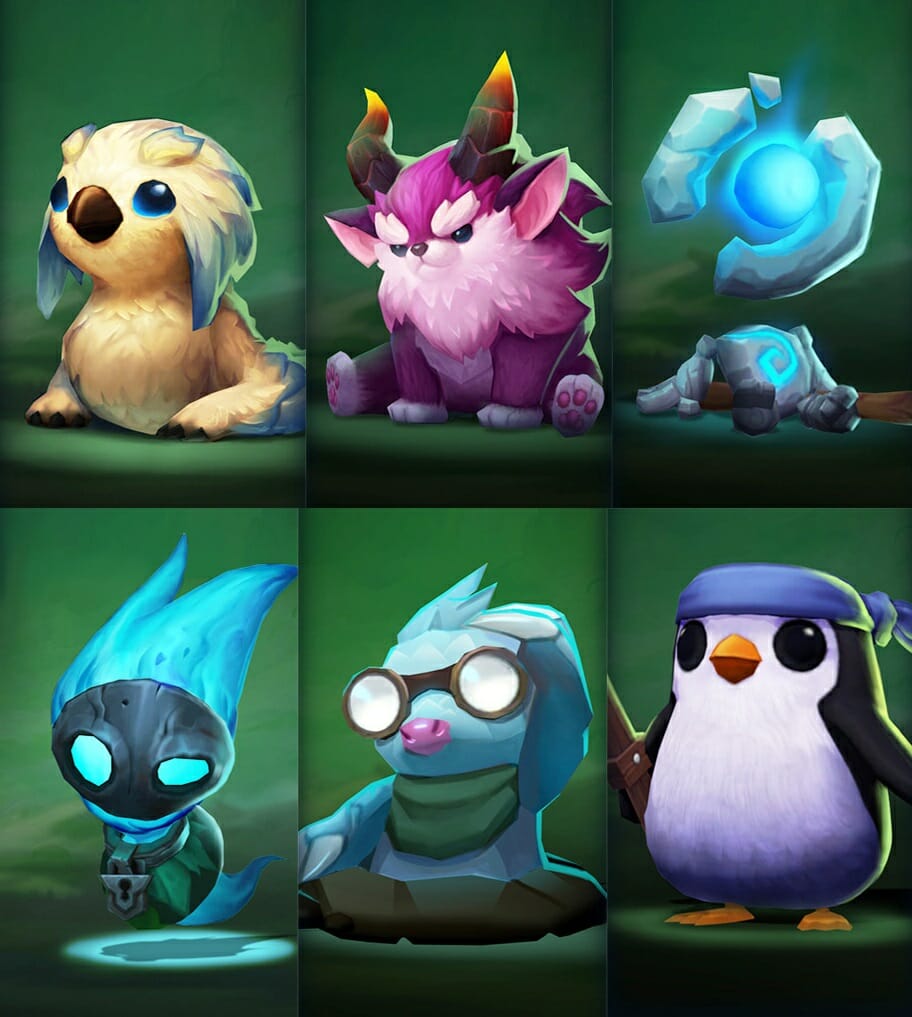 Players show off their TFT skills through their Little Legends avatar skins. Some can be very rare and difficult to earn. The best way to get Little Legends Avatars is through playing lots of games.

How to Get Little Legends Avatars in TFT

You can, of course, pay for in-game money that you can use to purchase eggs and avatars; however, you will need to spend A LOT of money to get the top tier avatars. A better plan is to earn random eggs that hatch into Little Legends skins through ranked play challenges.

We hope you enjoyed this Teamfight Tactics Guide for Beginners! If you are a video game enthusiast just coming to Teamfight Tactics, this guide should have helped you improve as a new LoL player and avoid common pitfalls. If you have any questions or comments for us or any suggestions for another TFT guide you’d like to see, please leave us a message below in the comments section.