How to Beat Ezreal as Braum

The most important items to prioritize in your Braum versus Ezreal build consist of Zeke's Convergence, Knight's Vow, and Locket of the Iron Solari. When Braum bought at least these three items in his build, he did a lot better versus Ezreal than with most other typical item sets. 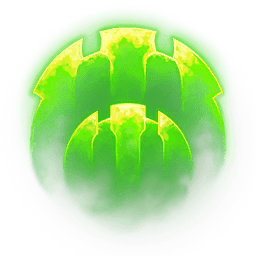 Legend: Tenacity
To have the highest probability of crushing Ezreal as Braum, Braum players should use the Guardian, Font of Life, Conditioning, Overgrowth, Triumph, and Legend: Tenacity runes. Out of all the runes we have analyed for Braum vs Ezreal face-offs, this order of runes yielded the highest win rate. We have also shown the best Ezreal runes to fend off Braum in order to help you understand how he will probably be played against your champion.

Runes Ezreal Will Likely Use to Counter Braum

The stats shown here show some influential Braum against Ezreal counter statistics that may help you explain the differences and similarities between the pair. As an example, Braum’s KDA ratio ([kills + assists] / deaths) of 2.9 is nearly equal to Ezreal’s KDA ratio of 2.7, highlighting that Braum may be just as central to his team's team fighting capability than Ezreal. This observation is largely caused by the differences in kills assists.

Braum often has a significant smaller longest kill spree than his opponent does. Commonly, Braum receives a similar amount of damage to Ezreal. This is usually reflective of different amounts of tankyness, but it can also hint that the one champion has less agility and thus is unable to escape additional harm when poked or engaged.

In Braum vs Ezreal matchups, Braum typically earns much less CS than Ezreal. Champions that do not acquire very much CS normally do not require much CS to be effective. They are capable of scaling easily off of their skills and stats alone. However, champs with plenty of minion kills, such as carries, usually require a lot of gold to be effective. In either situation, work to outperform the averages shown here to do well.

If you would like to see Braum vs Ezreal tips and counter stats for a a particular player tier, feel free to select one from the selection menu displayedabove. By default, the stats and build suggestions displayed are computed using every round finished with these champs.

We get our matchup statistics from the millions of rated LoL games that we evaluate each week. This Braum against Ezreal counter guide resulted from an evaluation of 11,341 ranked matches where both champions engaged each other.

This particular champ matchup is fairly common. Braum has to counter Ezreal in 31.4% of his matches. Braum does a decent job of countering Ezreal. Normally, he wins a acceptable 51.0% of the time the champs fight one another in. In Braum against Ezreal matches, Braum’s team is 2.0% more likely to earn first blood, implying that he probably will get first blood against Ezreal.

For this counter guide, we analyzed 11,341 Braum vs Ezreal matchups from recent LoL games. We use rigorous data cleaning and processing methods to ensure that our counter stats are of the highest quality. You can rest assured that the recommended build to counter Ezreal as Braum comes from real data and is not the fabrication of some random LoL player, as some other sites provide. You can use the filters at the top of the page to view the most relevant stats and items to your rank.