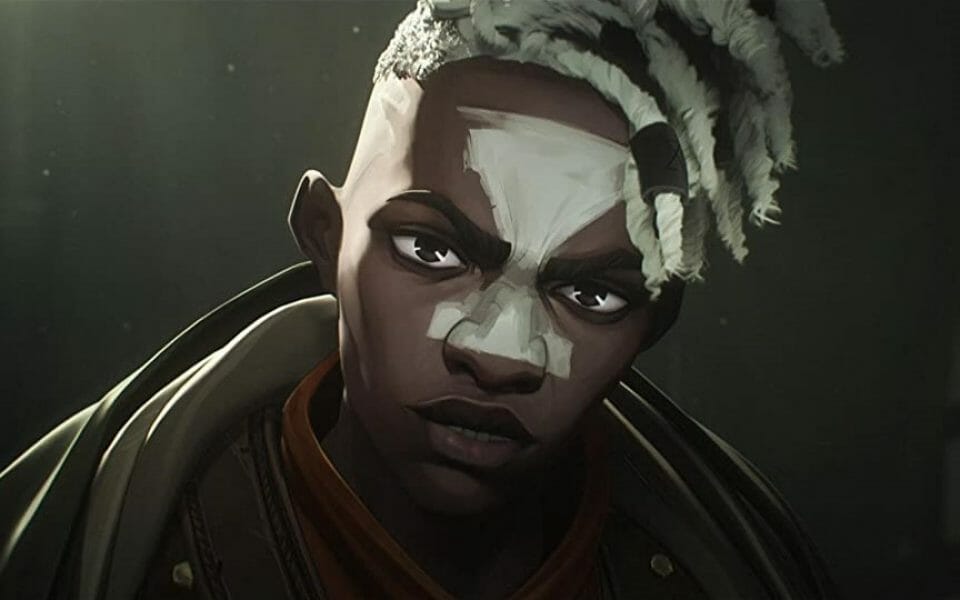 In the Netflix show Arcane, Ekko is one of the story's most important side characters. He also has one of the most interesting and compelling storylines that serves as a foil to Powder/Jinx. While Ekko (formerly 'Little Man') is able to build something beautiful out of his loss and hardship, Jinx is unable to. Their contrasting characters ultimately leads to the show's most epic clash at the end of the first season of Arcane.

Warning: This article contains significant spoilers about Ekko and other characters from Arcane. If you have not already watched Arcane, a League of Legends story, you should definitely check it out on Netflix before continuing.

Ekko in Arcane played an essential role in driving the storyline forward and playing as a counterpoint to Jinx’s development. Despite losing their parents, Ekko matured into a stable and virtuous adult while Jinx grew into a mad and deranged woman.

In Act 1 of Arcane, Ekko is introduced as “Little Man,” a lovable scamp who is a friend to the prominent gang of characters in Arcane, including Vi, Powder, Claggor, and Mylo. Little Man seems to be under the care of Benzo, Vander’s right-hand man. Ekko shows his talent for tinkering by working in Benzo’s pawn shop.

Ekko would often eavesdrop on Benzo’s private conversations, which is how he learned of Vander’s arrangement with the enforcers.

Ekko put Vi on the trail of Jayce Talis in Arcane, which led to the attempted burglary of his penthouse, the resulting explosion, and renewal of the Piltover/Undercity conflict.

When Silco abducted Vander, Ekko was one of the few witnesses to survive. Devastated, he watched Silco’s monster, Deckard, murder Benzo.

Not long after, Powder joined forces with Silco, which alienated her from Ekko.

Ekko Founded the Firelights in Arcane

During the seven years which passed mostly offscreen, “Little Man” stopped being so little. Ekko grew to become a benevolent and effective leader, taking up Vander’s mantle as the man to provide a safe refuge for Zaunites.

He founded a community in the undercity, one hidden from both Piltover enforcers and Silco’s thugs. This community was a paradise compared to the Shimmer-ravaged remnants of the lanes.

When Vi returned to the Undercity, Ekko first viewed her with suspicion. Having no explanation for her seven-year absence, he questioned whether she was working for Silco. He and the Firelights attacked Vi, Powder, and Caitlyn in Arcane. They kidnapped Vi and Caitlyn and acquired Piltover’s coveted Hex Gemstone.

At the Firelight base, Ekko’s demeanor towards Vi was quite different from the childish one she remembered. Ekko had become battle-hardened, mature, and angry. His suspicion was overcome by Vi’s repeated callbacks to their childhood bond and her appeals to his loving nature. In a shot that mirrored their embrace in the wake of Benzo’s death, Ekko’s mature demeanor cracks, and he sheds a tear.

Ekko went on to show Vi and Caitlyn the good work he had done in founding his community. He explained to them that, from their perspective, it seemed that Silco was paying Piltover enforcers to hunt the Firelights, despite their goal of disrupting the drug trade, which the enforcers should have supported.

Their perception was somewhat accurate; Silco indirectly controlled the enforcers through Sherriff Marcus, his reluctant collaborator. Sheriff Marcus was using Firelights as scapegoats for Jinx’s terrorist attack. From the enforcer’s point of view, they were not hunting the Firelights on Silco’s orders, but rather, they were stopping dangerous terrorists.

An Attempt to Return to Piltover for Peace

Caitlyn convinced Ekko to return the Hex Gemstone to Piltover. She believed that if the Firelights and Piltover forces could speak, their misunderstandings would be resolved. She hoped that they could unite against a common enemy, Silco.

When Ekko, Vi, and Caitlyn began to transport the gemstone back to Piltover, they found the bridge heavily guarded by Piltover enforcers, including Sheriff Marcus. Due largely to Marcus’s double-agent status, a fight broke out between the enforcers and Ekko’s group.

Jinx also joined the fight when she saw Vi in danger. Subverting Ekko’s avatar to her own ends, Jinx sent a horde of tiny explosives disguised as firelight bugs. The explosives killed many Piltover enforcers, including the treacherous sheriff.

Jinx then took back possession of the Hex Gemstone. On seeing Vi help a wounded Caitlyn, Jinx hallucinated that Caitlyn was smirking at her, boasting that she had replaced Powder in Vi’s heart. Out of control, Powder turned her weapon on Caitlyn and even on Vi. Ekko flew to the rescue and confronted Jinx in what became the most iconic battle of Arcane.

“Oh, look who it is, the boy savior!” Jinx sarcastically declared. Ekko pulled out his watch, suddenly reminding them both of an earlier time when their rivalry was child’s play. A fierce battle played out between the two of them, interspersed with childhood scenes of better days and kinder feelings.

Ekko’s green firelight bug faced off against Jinx’s black crow. The fight highlighted how far Jinx had fallen from her days as Powder, and how much Ekko had grown. It also hinted at Ekko’s in-game ability to manipulate time. Ekko in League of Legends can simulate one way a battle might play out, then project himself backward to a time before the fight turned against him.

Ekko was on top of Jinx in a flash, brutally beating her about the head. Jinx started up at him in helpless despair. On seeing her face cast in a more childlike expression, Ekko hesitated. The former friends seemed to have a moment of connection, but that didn’t stop Jinx from triggering an explosive, suicide bomber style. Both she and Ekko were left alive but badly hurt.

Ekko retreated to Zaun in his injured state, where he was found by the former Councilor, Heimerdinger. Heimerdinger helped him return home. Heimerdinger, who had been wandering the Undercity and seeing only poverty, was amazed at the beautiful community.

“You accomplished all this in your brief lifespan?” he asked. Heimerdinger was a long-lived character blind to the present, always preoccupied with events hundreds of years in the future.

He also asked Ekko why they moved around on hoverboards rather than a safer and more efficient vehicle. Ekko’s answer implied that they were doing things for the fun of it. His words seemed to open Heimerdinger’s eyes to a way of life that valued the present moment. Individual experience was precious, even that of short-lived individuals.

Due to his lack of screentime, and his failure to align with many of the dichotomies that define the other characters, some fans have said that Ekko’s story does not feel fully integrated into the other events of Arcane. However, Ekko’s story is a rich one, and it serves the series' overall plot.

Ekko and the Firelights show viewers the cost of Jinx’s fall from grace. Jinx’s actions destroyed their old community, leaving Ekko and others like him reeling in a Shimmer-addicted hellscape. When Jinx and Ekko fight in episode eight of Arcane, viewers are reminded that they were once on the same side.

As kids, they were cut from the same cloth: both having STEM talents, both idolizing Vi, both failing to live up to Vi’s example, and both losing their father figures to violence. As teens, they still can care for each other. Furthermore, had Jinx made different choices, they could have remained friends.

In Arcane, Ekko is a Foil to Silco

Ekko also provides an important foil to Silco in the TV show Arcane. Both he and Silco oppose Piltovers, resenting their failure to rule Zaun fairly. Silco’s strategy of “Stop at nothing; become what they fear,” is the polar opposite of Ekko’s strategy in Arcane.

Silco consolidates power with which to fight Piltover at the cost of the Zaunites. Flooding the Lanes with Shimmer drastically reduces their quality of life. Ekko, meanwhile, makes Zaunite quality of life his mission.

He and his Firelights do everything they can to minimize the impact of Shimmer. They disrupt its circulation by attacking those who smuggle it. Ekko also starts a community sequestered away from Silco’s controlled territory, where Shimmer is not allowed. There, he fosters a safe space for the Zaunites to thrive, saying, “It's not enough to give people what they need to survive, you have to give them what they need to live.”

Ekko’s community is also an essential part of Heimerdinger’s story arc. Heimerdinger spent most of Arcane preoccupied with the future, discounting the experiences of short-lived individuals in the present.

For example, he wanted to delay releasing some advances of Hextech to a later date. According to that schedule, their creator might be dead by their release, and many people would have needlessly suffered through problems that could have been solved by Hex Tech.

He also began to despair of ever-improving the Undercity. When Heimerdinger sees Ekko’s community, he is astonished and impressed by what they achieved in such a short time. The green tree at the heart of Ekko’s community provides them with clean air, fighting the corrupted gases that afflict most of the Undercity. Heimerdinger sees the people there thriving, not just surviving, and enjoying the present moment. It gives him hope that the Undercity might still be saved.

Little Man fit the Adorably Precocious Child trope. This is a character who works hard, takes things seriously, yet still acts like an overexcited puppy at times. He also fit the “Gadgeteer Genius” trope, designing many clever gadgets. Adult Ekko seems to be developing into the “Messianic Archetype.”

This sort of character is a savior and usually pays for it with a terrible sacrifice. Ekko creates a paradise where he saves the members of his community.

Color coding is important in Arcane. It allows the animators to convey locations coherently in a few words. Piltover is usually presented in sparkling blue hues. Zaun is presented in green. This color is often used in media to represent growth.

Like Zaun, Ekko is coded in green. His base of operations is a thriving green tree, an inspirational image of growth despite Zaun’s dark times. Ekko’s avatar, the firelight bug, is a green light that shines in the darkness.

In Episode 7, the show’s intro is replaced with a full-on music video dedicated to Ekko and the Firelights. To the tune of Misfit Toys by Pusha T and Mako, Ekko and his allies are depicted moving through a neon green world.

They beat up an enforcer, who seems to be an empty set of armor operated like a marionette. “How could you ignore, the ones that are voiceless, screams from the poor?” the lyrics ask, aptly summing up Ekko’s gripe with the Piltover Council and his concern for the Zaunites.