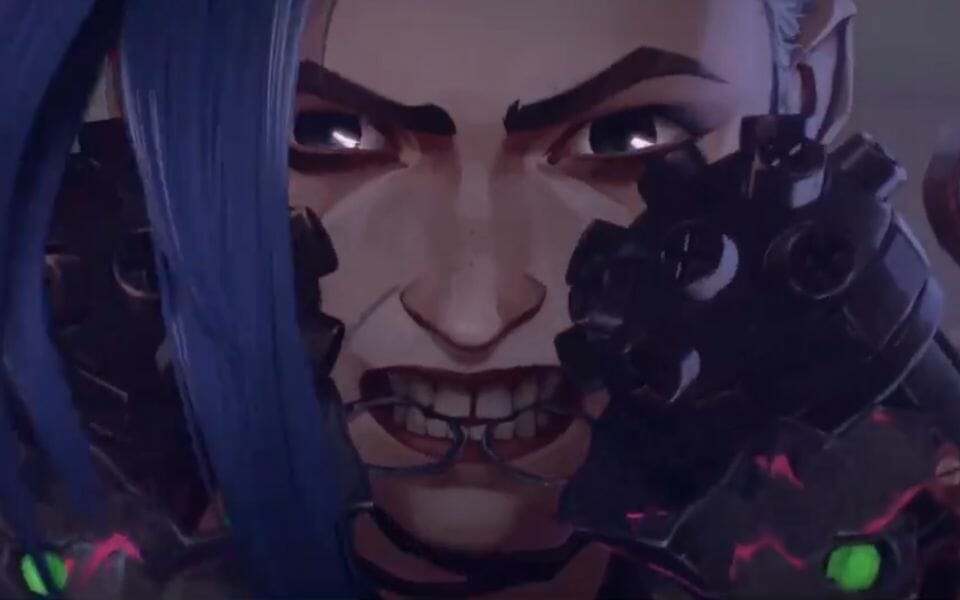 Netflix is partnering with Riot Games to bring a new animated series set in the League of Legends universe to viewers. For die-hard fans of LoL, Arcane will be a wonderful addition. It will help fill in the backstory of many of the game’s most iconic characters. The most notable champions featured in the release trailers so far include the sisters Jinx and Vi. Though, we do expect more characters from Zaun and Piltover to make appearances. Read on to learn more about this awesome new League of Legends anime!

What's the Main Storyline in Arcane?

Arcane appears to tell the backstory of Jinx and Vi. We already know that they are sisters who had a massive falling out, but we don’t yet have any of the juicy details.

Vi becomes a police officer from Piltover dedicated to upholding the law and preserving order. Yet, Jinx, is destined to become the manic and insane terrorist with a love of explosives. We can’t wait to see what caused this giant rift in their personalities!

We can tell from the release trailer of this upcoming anime that many other League of Legends champions will also make an appearance. Most likely the champions will be from the Zaun and Piltover regions of Runeterra. It’ll be great to see how they interact and clash!

What is the League of Legends Anime Release Date?

Arcane was originally scheduled to release in 2020. Yet, due to the COVID-19 pandemic, Riot Games and Netflix pushed back the release date to the fall of 2021. Although we don’t yet have a specific date, we have long to wait! 😀

What can we Watch in the Meantime?

If you can't get your hands on Arcane right now or have already had the pleasure of watching it, you should check out this list of some of the greatest black anime characters in history! Some of those animes, including Afro Samurai and the Boondocks, are some of our favorites!

Who Else Will be Featured in Arcane?

Riot Games hasn’t released an official list of champions we should expect to see in the upcoming League of Legends anime. Yet, from the trailer above (and the setting in Piltover/Zaun), we know we should at least see Viktor. Other LoL champions we may encounter from these regions include:

What is Arcane's intended Audience?

Arcane is meant for a 14-year old or older audience. It will feature more grown-up subject matter. Namely, the series will likely feature a lot of violence given the game’s focus on battle. Furthermore, it may tell how Jinx’s mental breakdown and include complex psychological elements unsuited for young children.

Our Final Thoughts on the Upcoming League of Legends Animated Series

We’re very excited to see the new League of Legends anime and hope you are too! It will provide a lot of interesting context and backstory for some of the game’s most notable and interesting characters. We are really enjoying how Riot is expanding the LoL universe with additional games and media. Every new addition brings more value to all of the other media in the same world.