How Many Skins are in League of Legends 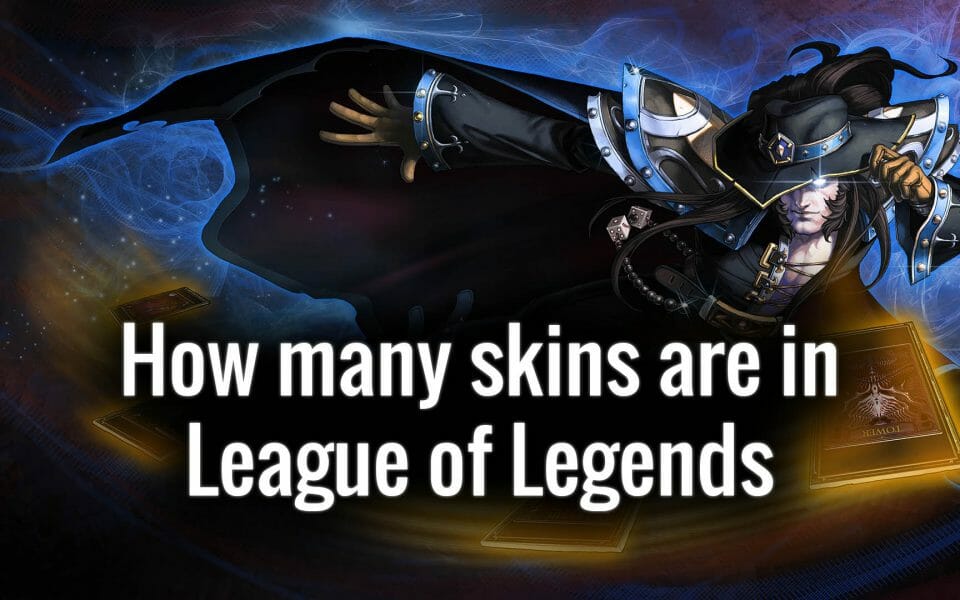 League of Legends doesn't ask its players for anything in order to enjoy the game. Furthermore, there is no pay-to-win model. This has created a vibrant eSports scene because anyone with a PC can pick up the game. So, how does Riot Games make their money and keep the game alive? It's all about in-game skins. They've had to release so many skins over the years to keep players engaged and buying, some are starting to wonder, just how many skins are in League of Legends?

What are skins in League of Legends?

Skins are cosmetics in League of Legends. They improve the looks of a particular champion or a ward in the game without compromising the gameplay, not helping but not hurting the player using the skin.

History of Skins in League of Legends

The road skins had to go since the game was released was long and hard—both for the designers and players. Back in the day, the only way a player could receive a skin was by buying Riot Points with real money and then using those Riot Points to buy the desired skin.

Even though the game itself isn’t a pay-to-win game, it was a bummer if you couldn’t have the skin you wanted without spending your hard-earned money.

But as time went by, things started to change, so a few years back, Riot introduced a Loot and Crafting system where players could obtain in-game cosmetics simply by playing the game. This made a lot of players happy. Those who left the game returned and brought along many new people that could enjoy the game.

As Riot tried to always keep up to date with everything regarding League of Legends, they did that with skins too. They constantly created new skins and updated the old ones. Today with over 160 League of Legends champions, and every one of them having at least one skin apart from the basic one, there must be a lot of skins in the game. But exactly how many?

How many skins are in League of Legends?

At the moment, there are 1437 skins currently in the game! That's quite a large number of skins to choose from. Undoubtedly there are some skin collectors out there with every single skin in LoL, but most will have only a fraction of these awesome skins.

League of Legends is a free-to-play game that has become one of the most popular eSports games in the world. Riot Games, the company that created and operates League of Legends, makes its money by selling in-game skins. These skins can be used to change the appearance of champions or wards in the game. The number of different skins available for purchase in LoL has grown exponentially over the years as Riot Games tries to keep players engaged and spending money on their game.

What are your favorite League of Legends skins? Do you own anywhere near the full number of skins available in the game? Let us know in the comments section below!