Newest League of Legends Champion: Qiyana the Empress of the Elements 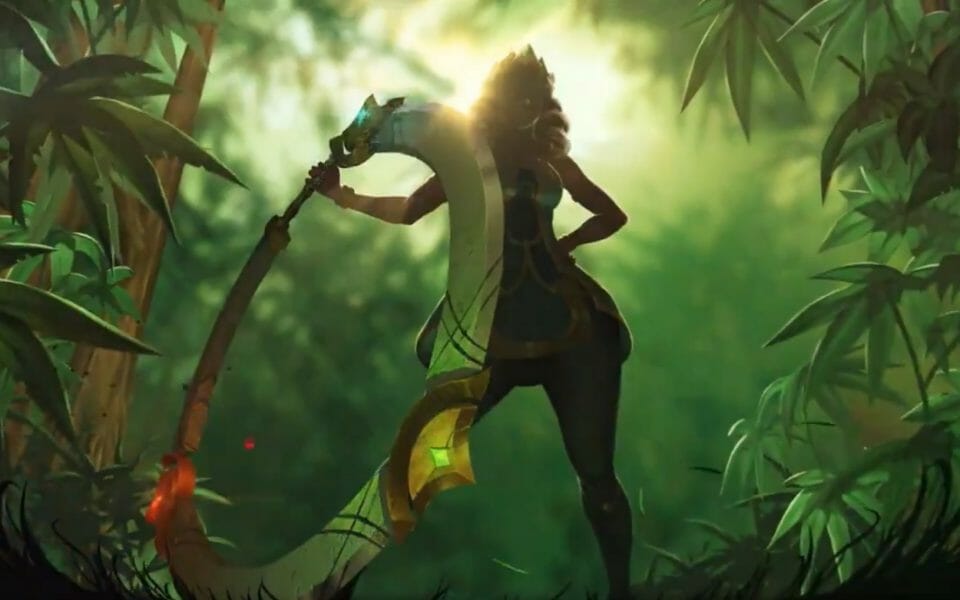 Riot today released a new teaser for the next champion to hit the Rift, Qiyana, Empress of the Elements. Check out the reveal trailer below!

The release of a new champion caught many off guard after the recent release of Yuumi. Nonetheless, we at MOBA Champion are pumped to see what Qiyana can do. From her reveal trailer, it seems that she will be able to command the elements of water, fire, and plants. How awesome is that!

Alternatively, each of her Q-W-E abilities may be themed to one of her three main elements. What we’re most hopeful for is the ability to potentially change the landscape of the Rift, even temporarily, something that is to a lesser extent being done with Mordekaiser’s Ult in his new rework.

One of the other interesting teasers is Riot’s warning “Trespassers beware and stay away from the walls, for nowhere is safe when you enter deep into these jungles.” This sounds like she may have some Kayn or Talon like abilities to leap out of or over cover to ambush their enemies.

For those interested in the lore of League of Legends, Qiyana will introduce with her a new, mysterious civilization called Ixaocan that resides deep within the jungles of Runeterra. For now, we only have Riot’s brief teaser trailer to go off of, but we’ll keep you posted on any new developments.