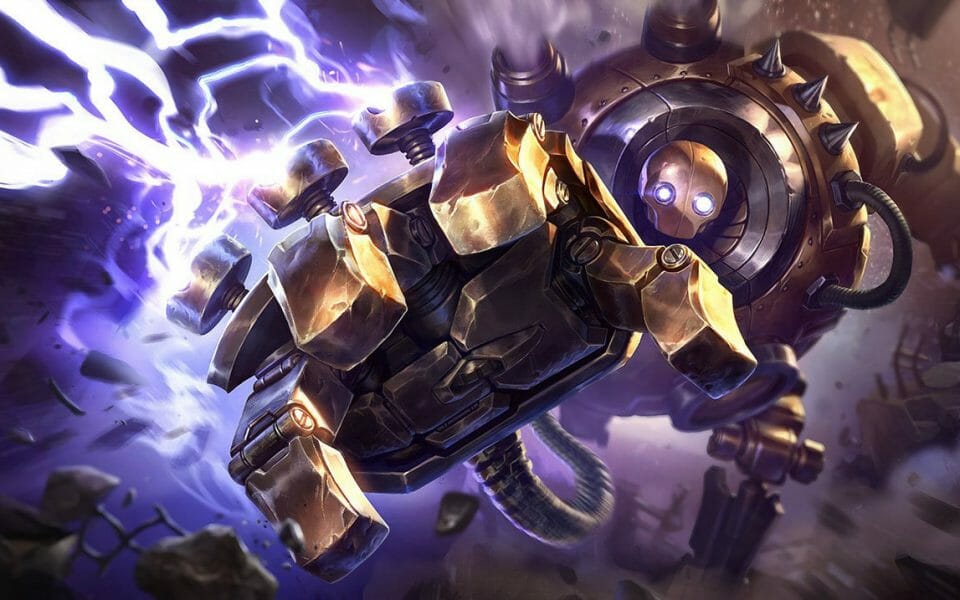 There comes a time in every League of Legends player’s life when they miss a simple skillshot that loses them the game. The usual suspects are Morgana’s Dark Binding and Blitzcrank’s Rocket Grab. If you are a support player or playing a champion heavily reliant on a skill shot, we highly recommend you leave the normal cast behind and adapt to the Quick Cast (aka Smart cast) technology.

Quick cast will not only speed up your casting process, but it also allows you to land your skillshots more accurately! In this guide, we will teach you the proper settings and how you can adapt to quick cast!

Normal Cast is when you press a key for the ability you want to use, and a range/targeting graphic appears, allowing you to see where your ability is heading before using it. However, Quick Cast removes all of these intermediaries, and you can use the ability as soon as you press the button.

Suppose you are playing Morgana and have decided to land a crucial Q on your opponents. If you are playing with Normal Cast, then a range indicator will appear, and you will only be able to use the ability if you press your left click afterward. Quick Cast, on the other side, will immediately send the binding in the direction of where your mouse is.

Pros and Cons of Instantly Casting Your Abilities

There are pros and cons to both options. It’s true that Quick Cast massively reduces the ability Cast duration. Still, it makes it mandatory for you to familiarise yourself with the range and indicators of the champions you play. If you want to bring the best out of the Quick Cast, you will need to spend a couple of hours with different champions in the practice tool. It will allow you to be more confident while landing your skillshots in-game later. The key to this is focusing on a small number of champions to master in LoL.

However, it won’t be wrong to say that some abilities are more suited to Normal Cast than the Quick Cast. A few examples are Viktor’s Death Ray and Vel’koz’s abilities. If you want to make an informed decision of what you should go with concerning different champions, then make sure you check our guides for specific champions that we are updating rapidly here at MOBA Champion.

What is Quick Cast with Range Indicator?

There is another option that Riot Games have introduced to ease the transition process from Normal Cast to Quick Cast / Smart Cast for players. It is called Quick Cast with Range Indicator. You can think of this option as the middle between the two we previously discussed in this guide.

If you have the option turned on, whenever you press an ability button, the target / range indicators will pop up until you have the key pressed. The moment you take your finger off the key, the champion will cast the ability. It is a good feature for those who are trying to adapt, but we will still highly recommend you to go with the standard Quick Cast to ensure your abilities are landing as fast as they can.

How to Accurately aim Skillshots more effectively with Quick Cast?

We have already talked about how your skill shots land faster with Quick Cast turned on, but now the question is how to make your skill shot more accurate. The easiest way to accomplish this is to put your pointer directly on the champions you are targeting.

It sounds easy, but you have to make sure you properly track the movement of the opponent champion before activating your champion abilities. Since you have Quick Cast equipped, there would be no delay in channeling the ability, and you are bound to land your skillshot if appropriately executed.

Another important fundamental is to always aim for the feet rather than the head. The reasoning behind it is that we are viewing the game from an aerial view, and a good measure of the champion’s position is where their feet are rather than their bodies.

How to practice with Quick Cast?

The method that all top coaches advise is to go to the practice tool and play Morgana. All you need to do is set yourself up in the middle of a lane with target dummies around you. It would be best if you landed your Q, followed by a W on each one of them.

If you feel like you have finally got the hang of it, then add an ally dummy between the target dummies to use your E on them too. It will ensure that you get used to Quick Cast, and you can then follow the same strategy with other champions you play after this drill.

How to turn on the different options?

It is straightforward to change between the different options, and we will teach you how to do that. All you need is to press your ‘ESC’ button when you enter the game, and the settings hud will appear. You need to make sure you have the hotkeys section selected from the navigation bar on the left. You will see two buttons saying “Normal Cast” and “Quick Cast” at the very top, and then you can select the one you prefer.

If you have selected Quick Cast but still want that indicator, then you can check the box below saying “Replace Quick Cast with Quick Cast With Indicator in the quickbind UI.”

It comes to user preference, but we recommend you play with Quick Cast enabled if you want to climb the ranked ladder!

How Can You Quickly Self Cast?

If you want to instantly cast an ability on yourself (aka self cast), you can use a nice keyboard shortcut. Press ALT + the ability key. That will instantly self cast if the ability you are trying to use can be cast on yourself.

This is extremely useful as a way of quick casting without having to worry about misclicking an enemy. Abilities like Lissandra's Ultimate is a great example of an ability that can be used on the player's own champion and on enemy champions.

Quick cast (aka smart cast) is an excellent method of quickly casting your ability that totally eliminates the need to click the ability first. This, it cuts down on your ability usage time and allows you to rain hell on your enemies much faster. In the fast-paced game of League of Legends, having a faster reaction will lead to many more wins, especially for new players. We highly recommend you adapt to quick casting if you want to get better at League of Legends.