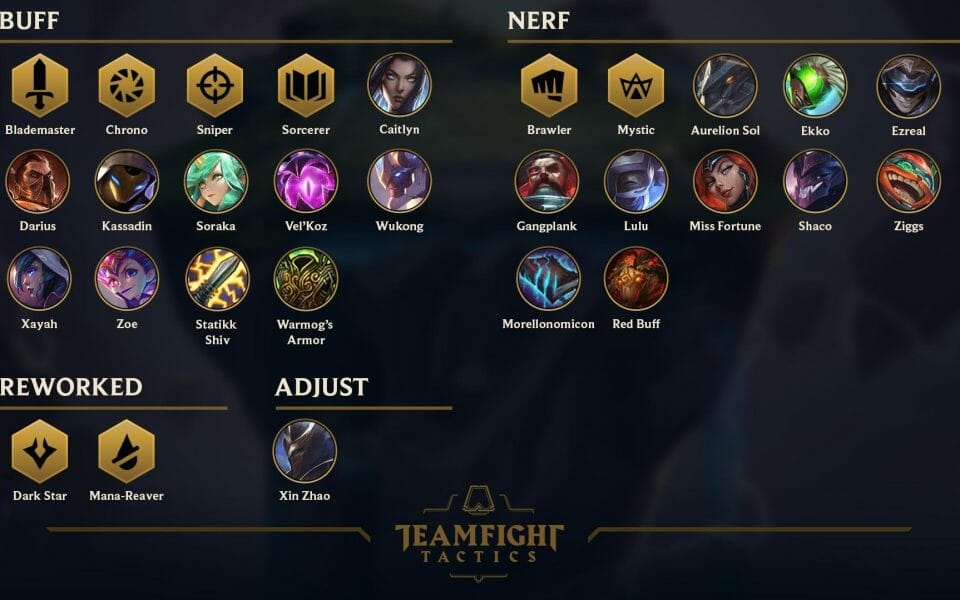 In this week’s TFT patch, we will see some significant changes. Most notably, the addition of three new Galaxies from the Galaxies Mechanic, as well as significant changes to the Dark Star and Mana-Reaver classes. Beyond these major changes are some minor buffs and nerfs. We will cover all of the changes you will see in this Teamfight Tactics Patch.

Similar to how last TFT season included elemental effects, this season includes a new Galaxies Mechanic. At the start of each match, there is a chance that the game will start with one of three effects as a result of playing in a different galaxy.

These new galaxy variants will affect how each game unfolds and the strategies you must employ.

Prior to TFT Patch 10.7, when a Dark Star unit died, they gave a large bonus to the closest Dark Star unit. This could occasionally result in some extremely powerful units and the end of the round, yet, other times the bonuses would be wasted on poorly defended units. The uncertainty of how the bonus would propagate through your units made playing with Dark Star units very unpredictable.

Starting with TFT Patch 10.7, Dark Star units will give bonuses to all other Dark Star units on the same team when they die. The bonus is smaller (+25 with 3 units and +35 with 6 units), but this behavior is much more predictable. The last Dark Star unit remaining from a group of 6 will still receive +175 attack damage and +175 spell power. Quite formidable!

Before this new TFT Patch, if you obtained 2 Mana-Reavers, the first attack would increase the cost of their target’s next spell cast by 40%. At 4 Mana-Reavers, this was extended to all attacks. The 2 Mana-Reaver bonus was apparently too weak. Now, when you have at least 2 on the board you will receive the bonus for all attacks. This makes Mana-Reavers an exciting new additional support class to bolster your composition with. Before you needed 4 for them to be very useful.

In this Teamfight Tactics patch, you will also see some nerfs to most Tier 5 champions, including:

For the complete list of TFT patch notes, including the minor revisions to champions and items, check out Riot’s 10.7 update.