Beginner Gangplank Guide: Learn How to be a Pirate! 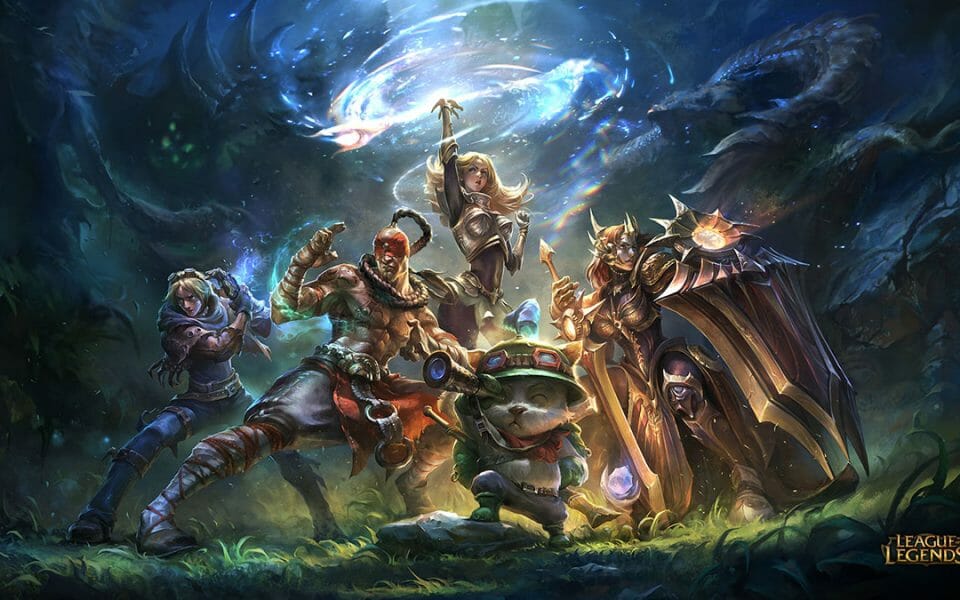 Are you interested in playing Gangplank, but afraid of the complexity of the champion? Are you unsure of where to start, only seeing tricks that’d help mastering the pirate while not being able to survive the laning phase? This beginner's Gangplank guide is here for you. It will teach you how to take your first steps with the Saltwater Scourge. You will acquire a strong base to build from.

Gangplank is mainly a top laner, but if you’re more used to playing mid, you can also take him on that lane. His early game is very inconsistent, occasionally having strong trade patterns and occasionally being weak and vulnerable. For now, it’s best to learn to avoid dying and to focus on relying on his scaling, as things can get ugly once he falls behind. Gangplank is definitely not on our list of the best LoL champions for beginners. However, he is a fantastic champion with lots of growth potential, so Gangplank is well worth the effort to learn to play!

The core of his gameplay comes from his E - Gangplank places a powder keg that can be exploded by Gangplank attacking it with a basic attack or Q, or disarmed by an opponent striking it. This ability deals massive ranged damage in an area of effect, so Gangplank wants to focus on scaling and staying alive so he can land these.

The go-to runes to begin on Gangplank are as follows:

The main point is to have Grasp (which will be explained later on), with the lower tier runes being what best helps Gangplank stay alive and well in lane.

The max order is Q, E, then W, and the skill order is usually the same, though Gangplank will occasionally skill W at level 2 if he’s in a bad spot.

As for the items, this is a safe Gangplank build to follow:

(Note: Mortal Reminder is the situational item that can be swapped out, but its stat line and very low cost make it an overall great choice - surprisingly better than Lord Dominik’s Regards - despite being intended to be a situational response.)

How to Use Gangplank’s Q in Lane

Gangplank’s Parrrley is a safe poke tool, being ranged against champions that aren’t able to attack back. However, it isn’t free, and using it aimlessly will drain Gangplank’s mana and leave him weak and unthreatening.

The first rule we want to convey in this beginner Gangplank guide is to default to using Q against the enemy champion - unless there’s a cannon minion that can’t be killed otherwise, and unless the enemy is zoning you too much, in which case it should be used to salvage whichever creeps can be obtained. The second rule, and this is an unsung advantage of these runes, is to use Q solely for Grasp of the Undying.

Gangplank wants to attack minions to push for level 2, which will stack Grasp. As soon as it’s activated, use Q for the extra damage and healing, then back off the wave into a bush to remove minion aggro, and rinse and repeat. As the lane goes on, things will depend on the lane state, but the objective remains to activate Grasp and use Q whenever (and only when) it’s on.

Doing so will limit the enemy’s ability to all-in on Gangplank, and to hinder his scaling.

How to Use Gangplank’s Powder Keg

Powder Keg is one of the most complex abilities in League of Legends, so this will only be about the bases of using it. You can, however, head to this Gangplank barrel guide for a complete set of tips and tricks on this ability. There's actually a lot of really cool stuff you can do with his barrel combos.

The default rule you need to take away from this Gangplank guide is that Gangplank will not hit a powder keg without using a barrel chain. Place one barrel “safe” from the enemy, wait for it to reach 1 hitpoint, then connect a second barrel and detonate them with Q. It’s also possible to just place one barrel under your feet without doing anything with it, simply threatening the enemy and making them reluctant to get close, as it means you can immediately detonate a barrel onto them if they do.

Note: Aside from resetting, don’t use barrels to kill minions until completing Trinity Force, the cooldown is too important.

Gangplank can play more aggressively on his power spikes that make him temporarily stronger than his opponent. It’s important to recognize them in order to relieve pressure when possible while not dying by trying too much at the wrong time.

Sheen power spike: Gangplank’s well-known first power spike is upon buying Sheen, his first purchase. It’s the reason why Future’s Market is favored over the other secondary runes. Purchasing Sheen means that his repeated Q poke hurts a lot more. It does much more damage because it adds a large bump to his on-hit damage. His ability now has actual kill threat, depleting the enemy’s hit points faster than Gangplank’s mana bar. This does not make Gangplank stronger in trades.

Trinity Force power spike: When Gangplank becomes a full champion and not just a Q bot. First off, this further increases the Sheen damage, making its poke even stronger. Second, coupled with level 9, it allows Gangplank to kill caster minions with one Q, meaning that he can now use a barrel to kill all three at once (and start cashing out). Lastly, it gives him a bunch of combat stats, making him stronger in trades in general.

Infinity Edge power spike: Infinity Edge is Gangplank’s final upgrade. At that point, Gangplank crits on 60% of his barrels, and deals absurd damage. Crits won’t straight up kill someone, but they get close to it, and he’s a deadly threat that the enemies must watch out for and deal with. Every item afterwards keeps making Gangplank stronger, but this is the big breakpoint that he needs to rush towards.

How to Use Gangplank’s Cannon Barrage

Gangplank’s ultimate is a strong damage spell, while also being global, meaning involving a choice between using it for the team or for himself. In the end, it boils down to what’s currently happening. Whenever you can, quickly click on all your teammates on the map to see if there’s a fight happening. And then:

Note: In order to improve, it’s better to use Cannon Barrage too often rather than not often enough, to learn which uses were good and which weren’t.

For the upgrades, Death’s Daughter > Fire At Will > Raise Morale is a good order to default to.

We hope this Gangplank guide will help you find your footing as you take your first steps on Gangplank! If you want to improve further, you can now head to our even more comprehensive and advanced Gangplank guide. Additionally, you want to pick out one of the best Gangplank skins to make playing with him even more enjoyable.