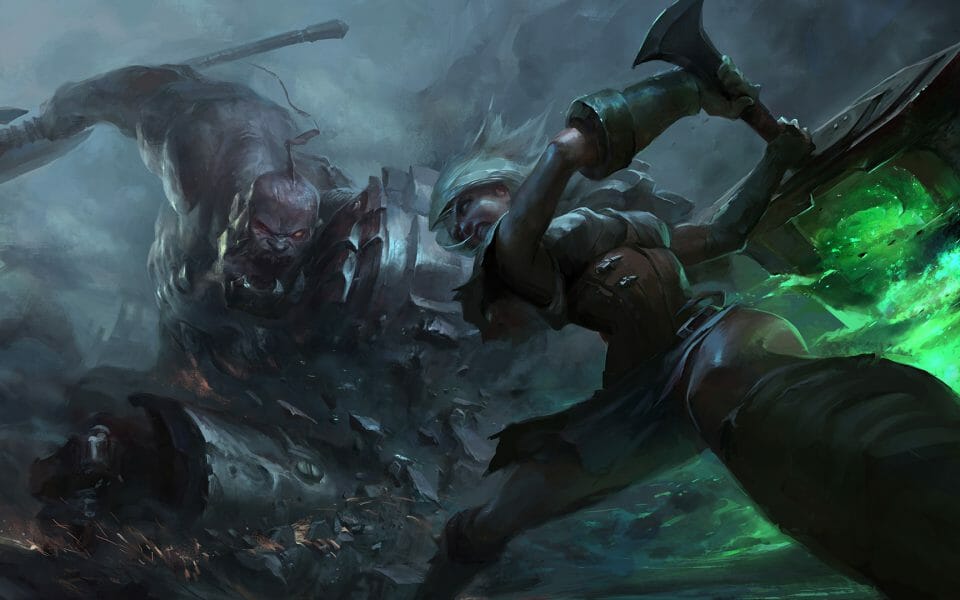 If you’ve been reading other guides or playing at higher ranks, you’ve likely started hearing about lane priority. If you’ve been confused about what lane priority is in League of Legends, you’ve come to the right place. We will be covering what it is, why you’d want to get it, and what to do once you have it. We will also cover when it is a terrible idea to go for lane priority and what champions can most easily obtain it.

What is Lane Priority?

Lane priority is the agency a Champion has over the lane's state through one or more ways. Typically, priority is won through having more control over the state of the wave. Champions usually achieve lane precedence with the ability to push a minion wave faster than their opponent.

How do You get Lane Priority in LoL?

Any advantage over the opponent can make it easier to obtain lane priority. These advantages can stem from kill pressure, wave clear, jungle presence, vision control, or some combination.

Kill pressure is the advantage some champions have in lane when they are stronger than their opponent. The knowledge that they will come out a victor helps keep the other opponent at bay and away from the minion wave. This may happen after one of the laners gets a lead.

Additionally, gaining kill pressure may happen when a Champion is at a power spike. All champions are designed to have a specific point where they have the most significant power over their enemies. That power spike is normally early in the game with few items when it comes to lane priority via kill pressure. These champions are usually bruisers or assassins because they have enough damage to get kills in lane without the assistance of a gank.

Champions that gather lane priority via wave clear use their abilities to clear the wave much faster than their opponents. These Champions are usually Mages, especially Artillery Mages.

Jungle presence is an underrated aspect of lane priority because it is not considered a part of the lane, so it's often forgotten. However, if the enemy jungler ganks the lane often, it's best to forfeit attempting to gain priority over the lane as it will usually result in being ganked again. Having a highly mobile and engaged jungler can help you stay safe and control your lane. 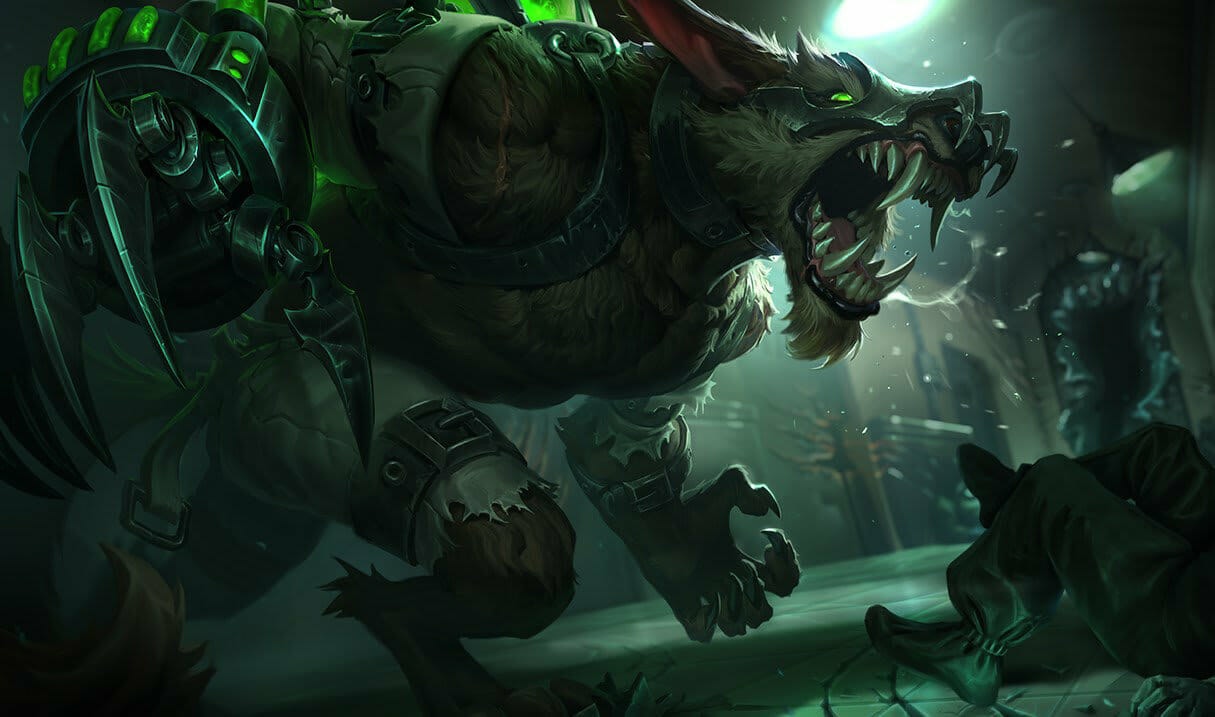 Jungle presence is an underrated aspect of lane priority because it is not considered a part of the lane, so it's often forgotten. However, if the enemy jungler ganks the lane often, it's best to forfeit attempting to gain priority over the lane as it will usually result in being ganked again. Having a highly mobile and engaged jungler can help you stay safe and control your lane.

Vision control is also related to jungle presence. Specifically, having vision of the enemy jungler and the opponent not having vision of your jungler is a considerable advantage. This is because the opponent must respect the chance of being ganked when attempting to get lane priority and assume the jungler's presence!

Why Get Lane Priority?

Now that you understand what priority is and how to get it, we will cover its purpose. Priority in lane is a huge advantage to have over your matchup for many reasons! The earliest example you will encounter in games is assisting your jungler in securing the Scuttle Crab.

Getting the Scuttle Crab is critical to junglers because it helps control river vision and sets your jungler up for an excellent second clear that can get them to level 6. If you can gain priority before Scuttle Crab spawns, you can help your jungler secure it more easily. This small thing can snowball into more considerable advantages for you and your jungler.

The following example is related to the jungle for early game skirmishes. When junglers are counter jungling or meet in the river and start fighting, it's best to help them before the enemy does! This is possible if you can get priority over your lane and convert that to a few seconds where you can assist your jungler before your lane opponent can get there. The benefit of having lane priority is that if the enemy laner decides to leave when you do, they miss out on gold and experience from the wave that will cause them to fall further behind!

The next benefit to precedence is getting a roaming timer. A roam timer is essentially a period where you can leave the lane while minimizing the amount of gold or experience you will lose while gone. Usually, this is used to Recall to base and buy items, but if it's not required, you can use this time to roam to other lanes or with the jungler to invade the enemy jungle. Both options are essential to being a good laner because it's the best way of converting your laning advantage into an advantage for your team!

Building off roaming, having priority also allows you to be the first to Teleport to a fight or initiate a play on the map! If you do not prioritize doing so, the enemy laner will see you teleporting and can cancel the Teleport if able. Therefore, you will need to back off, out of vision, to cast Teleport. Not only does this result in even more lost gold and experience, but it can signal to the enemy laner that you're attempting to Teleport somewhere and warn their teammates, wasting even more of your time. 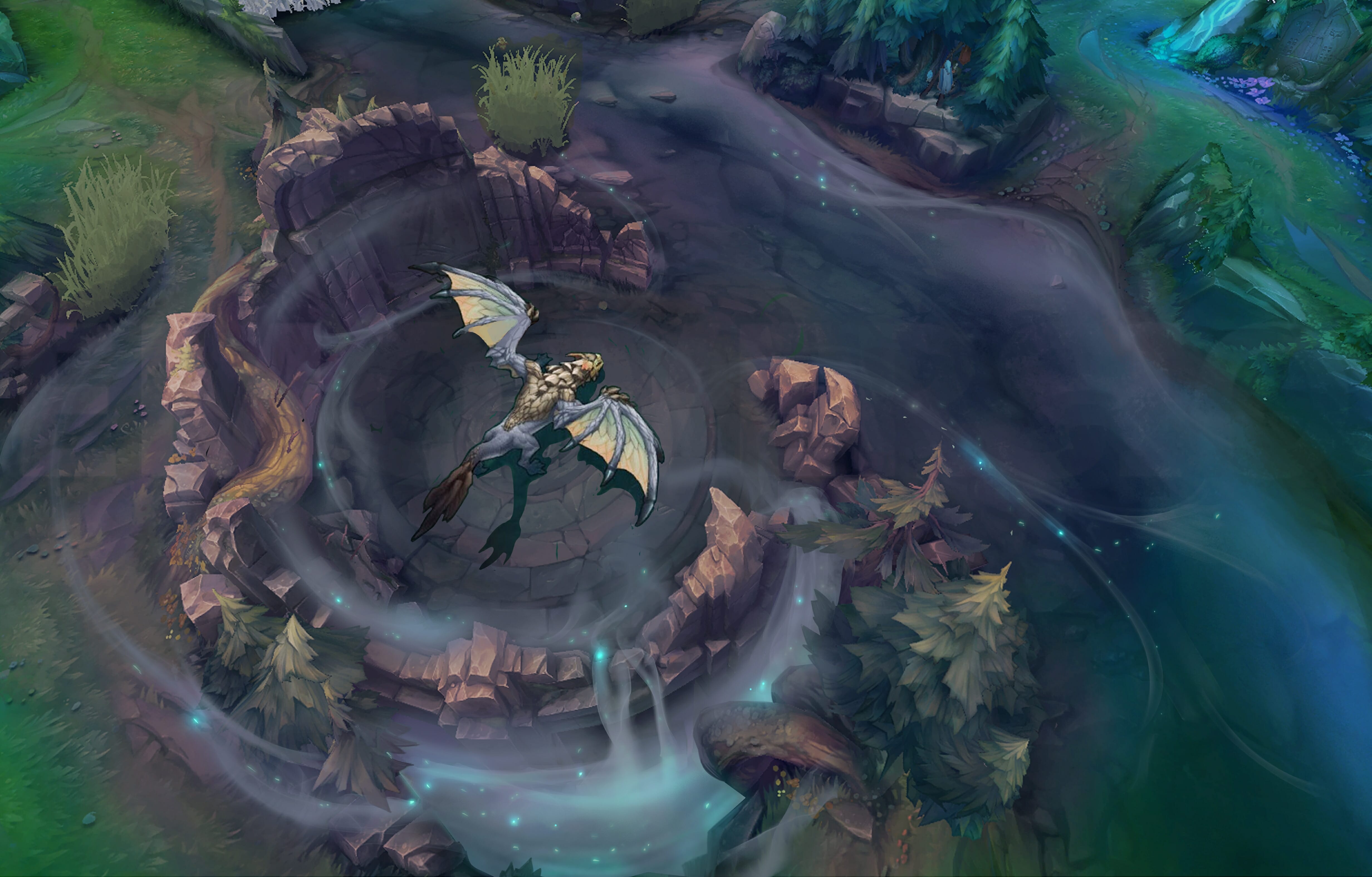 Building off roaming, having priority also allows you to be the first to Teleport to a fight or initiate a play on the map! If you do not prioritize doing so, the enemy laner will see you teleporting and can cancel the Teleport if able. Therefore, you will need to back off, out of vision, to cast Teleport. Not only does this result in even more lost gold and experience, but it can signal to the enemy laner that you're attempting to Teleport somewhere and warn their teammates, wasting even more of your time.

Next, attaining lane priority can give you an opportunity to ward for vision control around the map. Not only does your absence generate pressure from a potential roam, but the vision gathers more information for your team to make better decisions and plays!

Finally, getting priority in lane can also be used to help attain priority over a neutral objective. If a bot lane has priority when Dragon spawns, it's an excellent opportunity to use that advantage for a free Dragon! Just like leaving the lane for vision, enemies can interpret your absence as a roam and play more defensively or even assume you are warding and coming back. Regardless of the reason, enemies should be wary whenever you leave the lane with priority, so use it to your advantage!

When is Getting Priority in Lane a Bad Idea?

You might think that laning priority is always a good idea. While it often is, it's not always feasible and should not always be aimed for. Constantly pushing for priority can lead to a false sense of security. If you can quickly generate lane priority over your matchup, you should assume that they are asking for a gank, so they can alleviate some of that pressure! If you want to establish priority in lane, it is crucial to have the information to do it safely. This means knowing where the enemy jungler is or having your jungler close in case of an enemy gank.

What to Do When You Don’t have Lane Priority

When you don't have lane precedence, it's imperative to communicate with your team. Communication and map awareness are the best ways to prevent mistakes from occurring around the map. For example, if you do not have priority before Scuttle Crab spawns, let your jungler know, and they should be able to path towards the Scuttle Crab that the enemy jungler will not be going after first.

This way, your jungler can avoid fighting over the Scuttle Crab and being collapsed on by your matchup that has priority over your lane. The next important thing to do when you don't prioritize your lane is to be willing to lose out on some minions. Although his guarantees missing out on gold and potentially even experience, it lowers the risk of losing so much more when you are punished for attempting to pick up the minions that you shouldn't be able to.

When Do I Want Lane Priority?

The best time to get lane priority is before objectives spawn, and your team wants to get the objective right away. This is often seen in games where both teams will group mid to try and gain control over the mid-lane wave before rotating to the Dragon or Baron before it spawns. Aside from that situation, the rest occur while in the laning phase. The earliest reason, as previously mentioned, is to roam with your jungler or to create a window to recall.

The Champions in League of Legends that create lane priority easiest for the top lane are ranged Champions, Renekton, Gnar, Darius, and Mordekaiser. These champions have a lot of kill pressure and can wave clear quite well. In the mid-lane, Talon, Galio, Twisted Fate, Aurelion Sol, and Xerath. These Champions are designed to get lane priority to roam or clear the waves from a distance to stay safe and scale. For bot lane, the best examples are Caitlyn, Ashe, Swain, Miss Fortune, Ziggs, and Jhin. These Champions either clear well or have enough range to poke their opponents out of the lane. Finally, for Support, the best examples are Sona, Blitzcrank, Zilean, Bard, and Lulu. These champions have a lot of poke, can help clear waves (if needed), and create kill pressure to generate lane priority!

How to Determine Laning Priority and Assess When It Will Change

Priority can always be determined by what abilities are available to the Champions in the matchup and the variables that can influence their matchup (jungle presence, vision, etc.). Once you can determine the lane priority ahead of time, it's essential to identify at what point the priority over the lane can change. For example, once Anivia reaches level 6, she can clear waves quickly. Once identified, if you are the Champion with the immediate priority, use that to your advantage before you lose it. If you are not, reduce the risks, you take until the lane turns in your favor, and you can prioritize the lane!

Overall, lane priority is an essential feature of League of Legends that players must master to get better at League of Legends. It can be tricky with countless variations of matchups and small changes that can make the difference in establishing that priority. The goal is to identify when it exists (in and out of your favor) and know how to play accordingly!