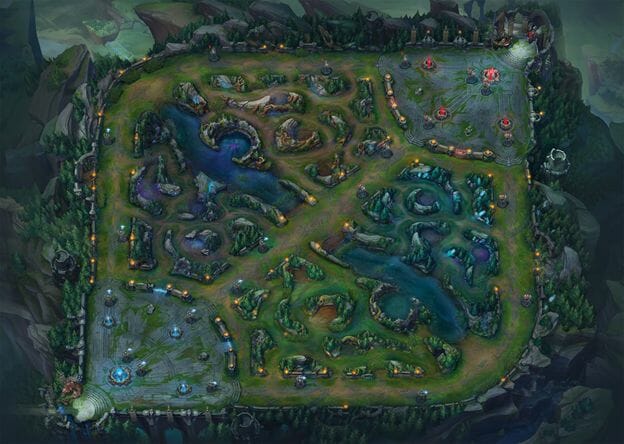 Map awareness makes the difference between hoping for favorable luck and claiming good situations. It lets you see winning fights and avoid bad ones, and the gap between ranks is matched by a gap in map awareness. This guide will cover the importance of this concept, as well as how to approach it better.

The Importance of Map Awareness

It starts in lane. Some ganks are hard to detect, some of them can’t be avoided without making sacrifices, but lots of them can be made unsuccessful simply by looking at the map at the right time. So already at the start of the game, map awareness alone can define whether to turn the match into an easy or hard one.

But it remains like this all throughout the game. Mid and late game teamfights, objectives, pushes, the initiating factor for many of them is one player being at the wrong place at the wrong time.

And the way to not be at the wrong place at the wrong time is the same as the way to punish opponents who are – map awareness. Watching the map is what makes you see danger for yourself and create it for your opponents.

Now that the stakes are set, how does one use map awareness?

There are five points to tackle when it comes to map awareness in League of Legends:

1) Looking at the map

Getting the obvious part out of the way – the basis of map awareness is looking at the map. The minimap is a constant source of vital information that should be looked at every few seconds.

Nothing requires a player’s constant attention for a full five seconds, there’s always at least half a second available (even inbetween two basic attacks) to peak at the corner of the screen to detect if there’s any red bubble nearby.

This is crucial enough that it’s worth repeating – always take the time to look at the minimap. Also, because any other step that could be learned would be pointless without this one.

There are also three other sources of information that must be used: the scoreboard, the pings, and the previous pings.

Summary: Looking at the map will save you from otherwise fatal ganks and will prevent you from giving up avoidable and costly late game deaths. It makes the difference between winning and losing several times a game.

The minimap grants valuable information at first glance. However, there’s a lot more to take from it than what’s shown directly – it’s a first layer behind which a second line of conclusions can be deduced.

The first layer of information provided by the map and tab menu consists of whether the jungler’s around, if they’re spotted somewhere else, if an enemy laner is missing, and where they left off to. The second layer can indicate the enemy jungler’s actions over the next minute.

Whenever the enemy jungler appears, check their creep score on the scoreboard. Each camp that a jungler takes gives them 4 cs, making it possible to deduce how many camps they’ve taken since their last showing and which ones. This means knowing which of their camps are still up, and so where they’ll go on the map. This is useful to know where they’ll gank, as well as how to invade them.

To give examples of how to do this:

Summary: The tab interface lets you track the jungler’s pathing and future moves. Trying to understand what the opponents are thinking through their map movements can let you make plans on when and where to play.

3) The responsibility in map awareness

I far too often see people blame their teammates for not saying that their opponent is missing. But the only person to blame for these deaths, is the player themselves for not having map awareness.

An efficient way to practice this is to play with chat and pings off. It makes the game harder by removing useful sources of information, but it will force you to be the one creating all the information that you need – as your own responsibility.

However, the other responsibility of a player who wants to win is to do everything in their power to reach that win. So while looking at the map to not die to roaming opponents is your task, it’s also your task to find as much information as possible and to communicate it to the rest of the team. That means being wary of opponents going missing and of the jungler’s location, and communicating them to your teammates.

Now that we’ve set the importance of sharing map awareness comes the part of how to communicate them efficiently – which will be pings, short messages, and repeated information.

Pings: The first way to communicate is pings. They grab the attention and convey their meaning faster than messages do. Missing pings to tell that an opponent is missing, Danger pings to signal an enemy coming, and On my way pings to, well, indicate being on your way. But there are some ways to make sure that the message is clear:

Short messages: For map awareness, pings are the first communication medium to use, but they can be followed by a quick message to be more precise while being more likely to catch the teammates’ attention. Examples of this are:

Repeated information: Pinging once is seldom enough. Missing and Danger pings are best used twice in a row, to ensure that they were processed. On the other hand, insisting pinging is something to avoid as it’ll instead distract your teammates and make them want to either not listen, or mute.

Additionally, summoner spell timers need to be repeated. As we saw earlier, people forget about these – don’t hesitate to regularly paste “13:07 Ashe F” so that nobody can forget about it.

When it comes to ganking or supporting nearby teammates as a Jungle champion, make sure to communicate your intentions early. This will allow your teammates to try and get lane priority in order to better support you when the time comes.

Summary: The best way to communicate is to use pings in the first place, in pairs, and to always avoid the Retreat ping.

Wards fuel map awareness by giving more information to have access to. Lighting up the map with wards will help you not die and set up successful plays, and the better your map awareness becomes, the stronger the impact of efficient warding. 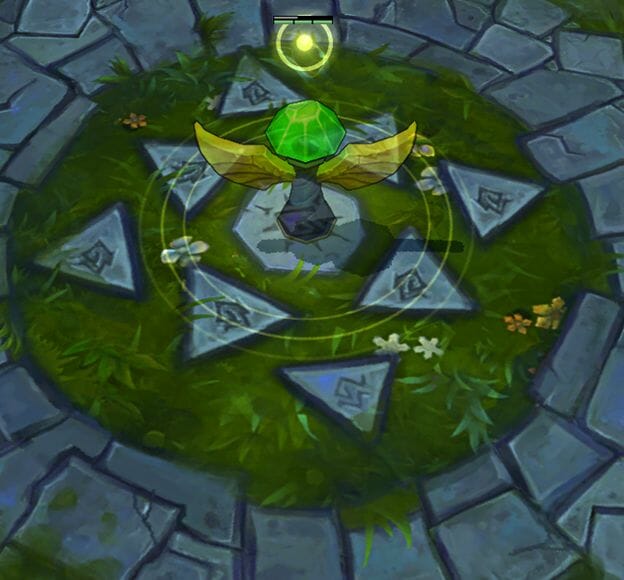 Wards fuel map awareness by giving more information to have access to. Lighting up the map with wards will help you not die and set up successful plays, and the better your map awareness becomes, the stronger the impact of efficient warding.

To learn more on this aspect, you can find a complete guide to warding here.

6) Being Ready to Use Global Ultimates

Global ultimates can strike targets wherever they are on the map. However, you need to be aware of what is going on on the rest of the map in order to time your global ultimate in LoL well.

The best way to improve your map awareness will be to play without autopiloting and while keeping these concepts in mind. Looking at the minimap and at the scoreboard, deducing, and trying to win with it.

Two further steps can be taken. One of them is using an alarm that will make a short sound every five seconds, and to look at the map each time it plays. It’s annoying, but it’s an efficient way to get the habit. The other one is to mute everyone and their pings for a few games (or more if needed), so as to make sure to pay attention to everything that happens on the minimap, as there will be no guiding pings as further help.

Note: It is far easier to get used to map awareness while playing a champion that you master. This lets you spend less attention on your micro-decisions, and leaves more brain space for the macro aspect of the game.

I hope that you now understand the importance of map awareness, and that this guide will help you get better at putting it towards winning your games! Remember to look at the corner of your screen, to think about what it means, and to quickly let your teammates know.