How Old Do You Have to Be to Play League of Legends? 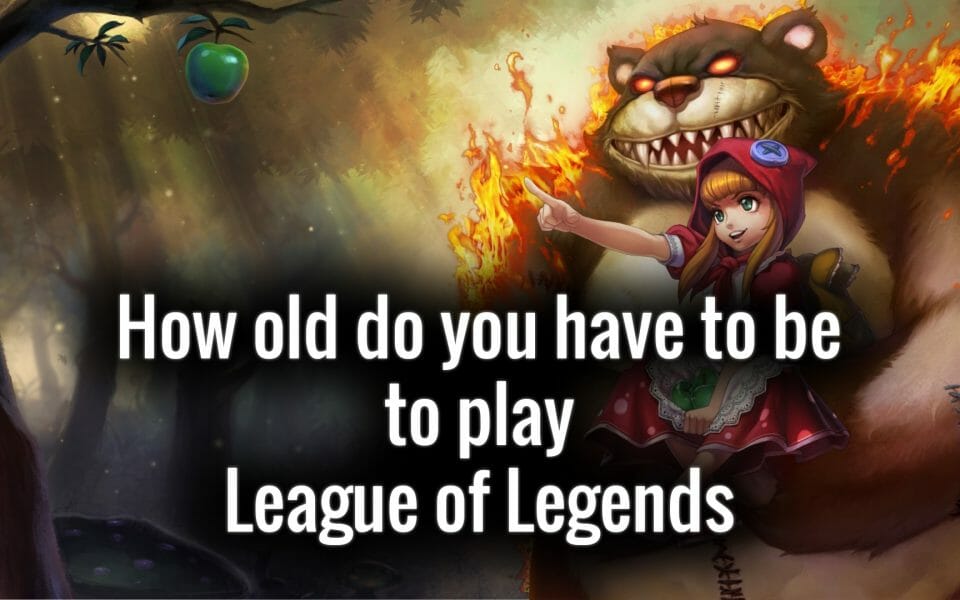 League of Legends is an amazing game that has been around for quite some time. It’s a team game that will give you some amazing moments and a good time that you can spend with your friends or complete strangers. But not everything is sunshine and roses, since the game is as bad as it is good with some flaws that have been around since the beta testing of League.

Well, worry not. We are here to tell you all you need to know about the minimum required age that you or your child has to be so that they can play League. We will also cover some facts about the League itself and help you whether League of Legends may be an age-appropriate hobby.

The Minimum Age Requirement for League of Legends

Now, some of you may wonder why is this; why is there a minimum age requirement?

Related Article: How to Uninstall League of Legends

Pros and Cons to Playing League of Legends

There you have it everyone! We have told you how old you have to be to play League of Legends. We also covered some pros and cons of the game itself. We probably missed some of them, but you probably understand what we wanted to say. Now it’s your turn. Weigh out the pros against the cons and decide whether you will let your child play the game or possibly try out the game yourself. But always remember that it is just a game and the whole point is to have fun!

For those new to League of Legends, the best place to start is probably with our in-depth guide to the best beginner champions in LoL.