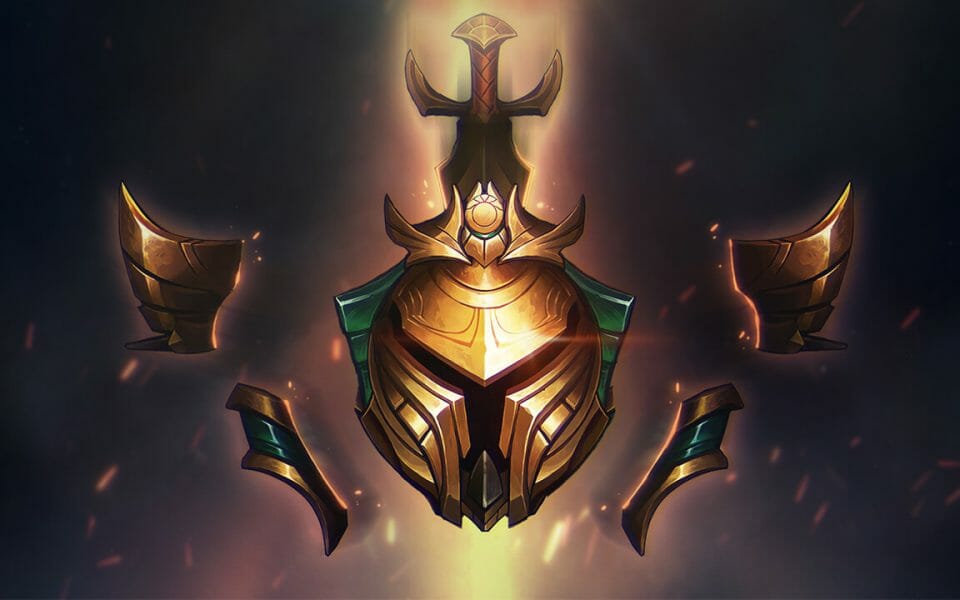 League of Legends is challenging to learn, especially when it's a player's first MOBA-styled game! There are plenty of strategies to use, but even more, things to keep track of throughout any individual game. As such, it's essential to establish an idea of what the most important things are to keep in mind when trying to learn and improve in League of Legends as a beginner! With that said, here are the top seven tips to get better at League of Legends for beginners!

Perhaps the most straightforward aspect on this list to understand; the more vision you have, the more information you can gather. When it's time to decide how to play out the game, players with more information will have a greater chance of making the correct decision! Wards in League of Legends provide that information.

The tricky part of warding is that players are limited to the number of wards they can have out on the map and the limited duration of effect! Therefore, it's not as simple as warding every bush in the game to always see and track your enemies. Instead, it's about thinking about the enemies' plans for the next couple of minutes and preemptively warding the areas where they will plan to move through. 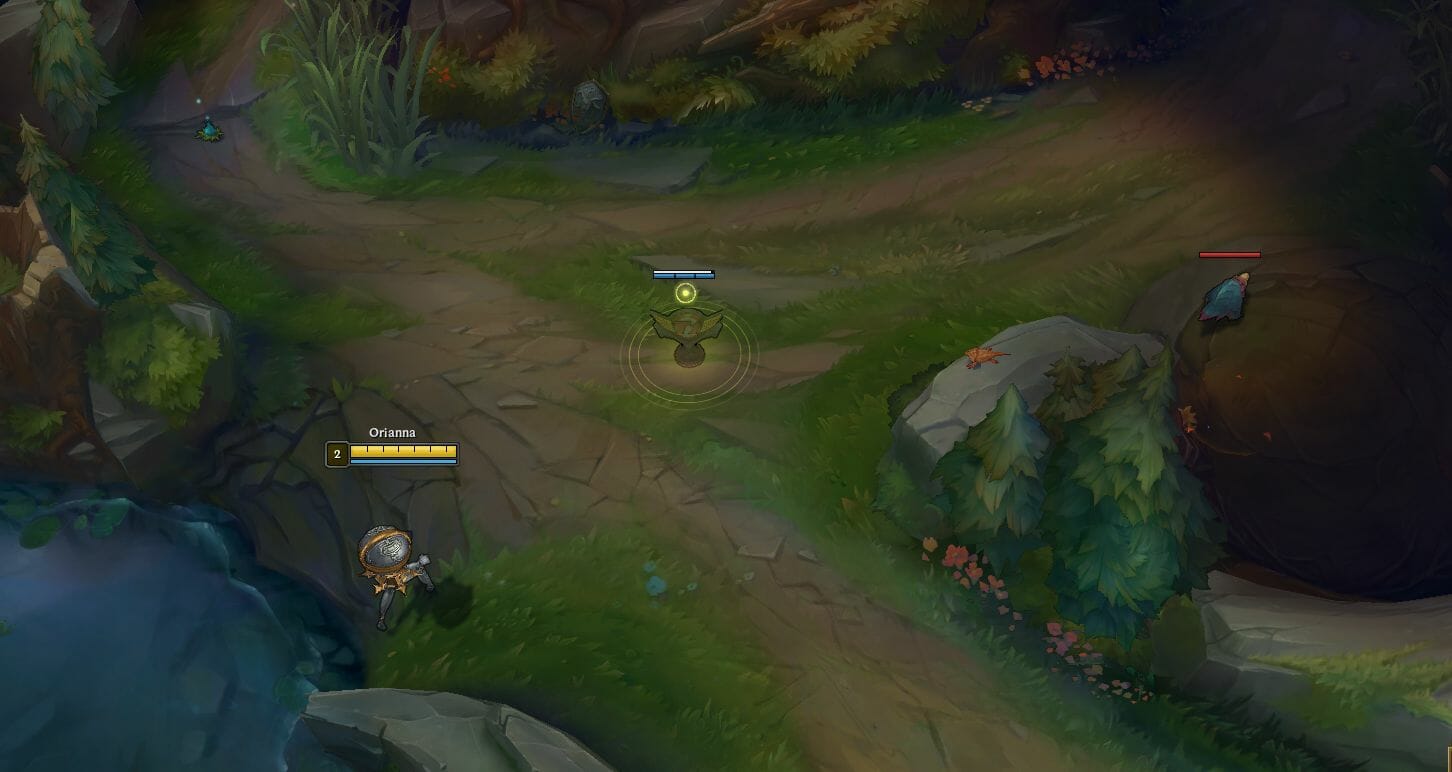 The tricky part of warding is that players are limited to the number of wards they can have out on the map and the limited duration of effect! Therefore, it's not as simple as warding every bush in the game to always see and track your enemies. Instead, it's about thinking about the enemies' plans for the next couple of minutes and preemptively warding the areas where they will plan to move through.

This strategy can be as simple as warding a bush next to your lane around the three-minute mark when you expect to see the enemy jungler gank. Or, it could also be as simple as warding around the Baron pit a minute before it spawns! The more complex examples surround warding to avoid enemies sweeping the vision away and warding to get a more comprehensive picture of the enemies' game plan.

A tricky aspect of the game to get used to (because it changes from game to game) is the idea of trading in the lane to gain advantages over your opponent. Trading is not only for the sole purpose of eventually killing your enemy. Instead, trading is to acquire small edges that can lead to opportunities elsewhere on the map. This advantage may lead to a kill in your lane.

Still, more consistently, trading edges are used to generate priority over the lane. Priority allows you to be the first player to assist other players around the map when they need help or want to make a play.

A very closely tied feature of the game to trading is wave management. Wave management is the idea of being in control of where the minion waves are meeting and the overall minion difference between your wave and the enemy wave. Being in control of the wave means you can push the lane when you want to leave and roam or recall without losing any resources.

When prioritizing the wave, you can freeze the wave to deny enemies from resources and force them to push forward and be vulnerable to a gank. The last option is to slowly push the wave to build up many minions to dive the enemy with teammates, deny them the resources, and take the turret.

Regardless of the strategy behind your wave management, it's essential to learn the fundamentals of wave management to accrue leads in matchups without getting kills on enemies. The most consistent source of income from game-to-game is from last-hitting minions. By manipulating the wave to minimize the enemy's chances of last hitting minions, you can generate leads in any matchup you find yourself in!

CSing, also known as last-hitting, is by far the best mechanical aspect of the game to master if beginners aim to improve. By learning last-hitting, players can consistently optimize their income in each game and not be pressured to solo kill enemies to get a lead!

Although a score of ten minions per minute is optimal, anything more than seven consistent each-and-every game is ideal. Even in bad matchups, having last-hitting scores in the range of seven per minute is incredibly useful for minimizing the impact of a bad matchup and enhancing leads in a good matchup!

The two best ways to practice CSing are to practice with only basic attacks to get used to the animation and feel of the champion. When just using basic attacks, it's easy to learn the timing because it's simply a matter of the minion having less health than you have attack damage! Aside from that, it's crucial to know how and when to use your abilities to last hit minions. Using abilities to last-hit is essential when under your tower and especially important when managing the wave optimally! 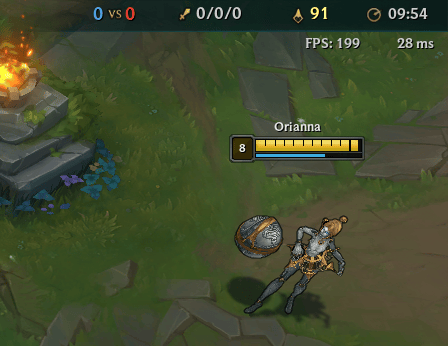 The two best ways to practice CSing are to practice with only basic attacks to get used to the animation and feel of the champion. When just using basic attacks, it's easy to learn the timing because it's simply a matter of the minion having less health than you have attack damage! Aside from that, it's crucial to know how and when to use your abilities to last hit minions. Using abilities to last-hit is essential when under your tower and especially important when managing the wave optimally!

Building the right items for each game can take a long time to figure out, but it can EASILY be the difference between winning and losing a game! The overall purpose of optimizing your build is to efficiently use your gold to maximize your chances of winning the game, so don't take it lightly. As such, it's essential to know that following builds online is an excellent place to start but should not be your plan for each game. Every game is different, and so the build should reflect that!

There are core items for champions that are nearly always built every game. Still, aside from those one-to-two items, the rest is up to you to determine the most optimal given the situation. Look at what enemies are the most problematic and build items to counter them! That should always be the priority, and after that, it should be to purchase items to maximize your champion's strengths!

For example, if the enemy team has a lot of healing, it's ideal to buy an item with Grievous Wounds! The upgraded items with Grievous Wounds are Mortal Reminder, Chempunk Chainsword, Morellonomicon, Chemtech Purifier, and Thornmail. With that in mind, next, you must determine which item enhances your champion's strengths best! Suppose your champion is a mage like Orianna. In that case, your best bet will be Morellonomicon, as the item provides a lot of ability power!

A great way to generate leads over your enemies is to track when they use their Summoner Spells and take advantage of them being on cooldown! Every champion has access to two Summoner Spells in each game, and they are significant to the game. The most used and influential Summoner Spell is Flash. When used, Flash causes the user's champion to instantly teleport a short distance in the direction of the cursor. As League of Legends players know, this spell is incredibly impactful in making highlight plays that make us all want to be the best players we can be. But it is also the best way for enemies to escape a bad situation rapidly.

With how powerful this spell is, to keep the game balanced, the cooldown of this spell is 300 seconds. The 300-second cooldown means it's only available every five minutes! Five minutes is a massive window to take advantage of the enemy's lack of escape and will make them incredibly vulnerable to aggression for the duration of the cooldown! Therefore, keeping track of when an enemy's Flash is down is the crucial first step to taking advantage of it being down! The next step is to take advantage of it and aggressively punish them for the next five minutes!

Your mentality is by far the most underrated aspect of the game that beginners will need to learn… and it's not even part of the game! But, BOY, does it have a BIG influence on how your games will go! The most common issue beginners deal with is their frustration. Regardless of the root of the frustration, it's imperative to learn to deal with it in a healthy way that will keep you looking forward and focused on improving rather than dwell on the past!

If you find yourself typing in chat about things unrelated to what will help you win the game, it's best to learn to stop doing that. It can be challenging to do that, so the best way is to mute the chat! You may feel that you'll miss out on important information that could help you win your game. However, the smart pinging system is the fastest method to relay essential details, so use them instead and enjoy having a healthier mentality towards the game and your teammates!

Overall, League of Legends is an incredibly complex game that the most dedicated players will not be able to master. The most important thing for a beginner is to develop the habits that will keep them on the right track to learn and improve and avoid all that will plateau them from doing so! Another great boost will come from finding the best LoL champions for beginners to play and develop on. It's better to learn the game while on a playable champion than someone with overly complex.