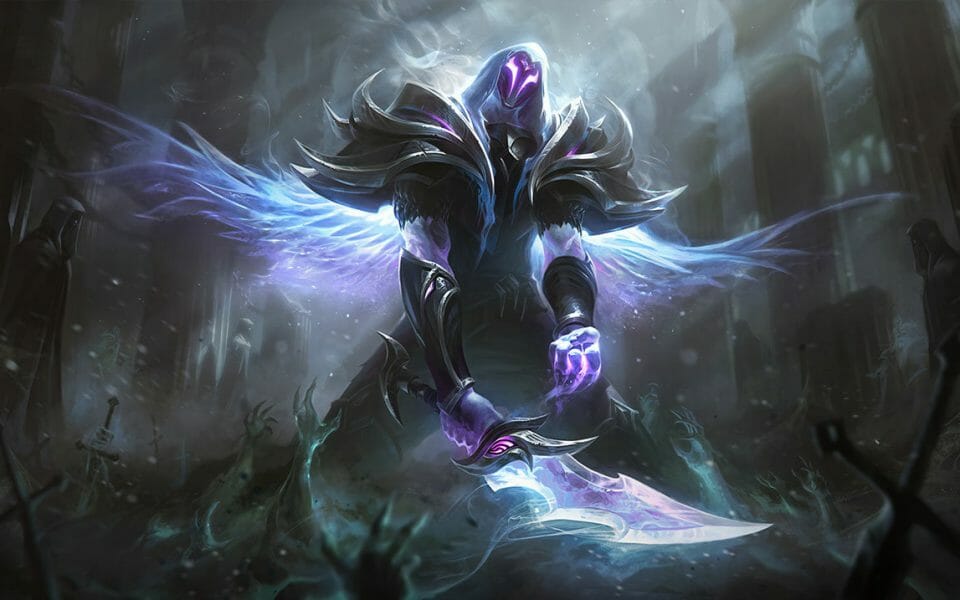 League of Legends has introduced new modes with time. Ultra Rapid Fire, also known as URF, is one of those game modes that has consistently been a fan favorite. Usually, players tend to play champions with many stuns and binds. Hence Lux and Morgana dominated the mode for a long time. Yet recent changes have shifted the meta of URF to other champions like Pyke.

Pyke is an S tier list champion for URF due to how much crowd control he has built into his kit. When combined with a reduced cooldown on the ultimate ability, Pyke is a terrifying champion in League of Legends.

A common trend among Pyke mains in URF is to start the game with a 5v5 skirmish against the enemy team. You need to start with your Q. If you can land your hooks on as many champions as possible, you will inflict this thought of an unwinnable game on the opponents from the get-go, and they will avoid being near you throughout the game!

A common mistake among Pyke players in URF is that they don’t alter their items and build like they are playing Pyke in ARAM or ranked game. The key to being a good URF player is to reduce your cooldowns more than they already are while building a lot of damage!

Axiom Arc is a Great Item for Pyke

An item that is ignored by every League of Legends player out there is the Axiom Arc. This item provides Pyke with 55 Attack Damage, 10 Lethality, and 15 Ability Haste. Moreover, this item's passive perfectly pairs up with Pyke’s ultimate!

Axiom’s Arc would reduce your ultimate ability cooldown by 20% if an enemy champion died within 3 seconds of you damaging them. That means that you will have your ultimate up during the game more than Riot Games might have intended it to be, and you will be able to get free kills on squishy champions here and there while roaming!

Other Items for a Good Pyke URF Build

It is also good to incorporate Muramana and Serylda's Grudge somewhere in your Pyke URF build, as they would further enhance the damage you deal with your abilities. If we combine this with a Duskblade, you will almost be invulnerable throughout the game!

The last item recommended on every attack damage champion in URF is Edge of Night. It is the AD equivalent of Banshee’s Veil and is a must-have in URF. It is a good idea to have protection, and that’s what Edge of Night provides you with!

We don’t see the need for boots since you will have your W available most of the time, so the last item we would recommend you to build is Serpent’s Fang. League of Legends is heading in a direction where Riot Games have increased the survivability of enemy champions by giving them shields and bonus health, and Serpent’s Fang would help you deal with these raised shields and allow you to burst down squishy champions.

Related Article: When and How to Play Pyke in the Mid Lane

We have seen so many people recommend Hail of Blades on Pyke, but Dark Harvest is a much better choice in a mode where you will constantly be fighting and getting kills here and there. It will allow you to get bonus damage. When you combine this with Eyeball Collection, Treasure Hunter, and Sudden Impact, you will have so much damage that the enemy champion would be surprised at how you could burst them down so quickly in the late game.

As far as the Summoner Spells are concerned, we recommend you take Exhaust and Ghost rather than Heal, Flash, or Cleanse. There is less advantage in surviving and more benefits in getting kills yourself; hence try to play aggressively without worrying about your life in URF while playing a champion like Pyke!

We hope you enjoyed our guide to building Pyke in URF (Ultra-Rapid-Fire). He mixes both great AD and top-tier crowd control. For that reason, Pyke is one of the best champions to take into a URF match. With the right build for Pyke, he will win many URF games for you. Also, feel free to check out our guide on the best Pyke build for ranked games on Summoner's Rift. Happy hunting!