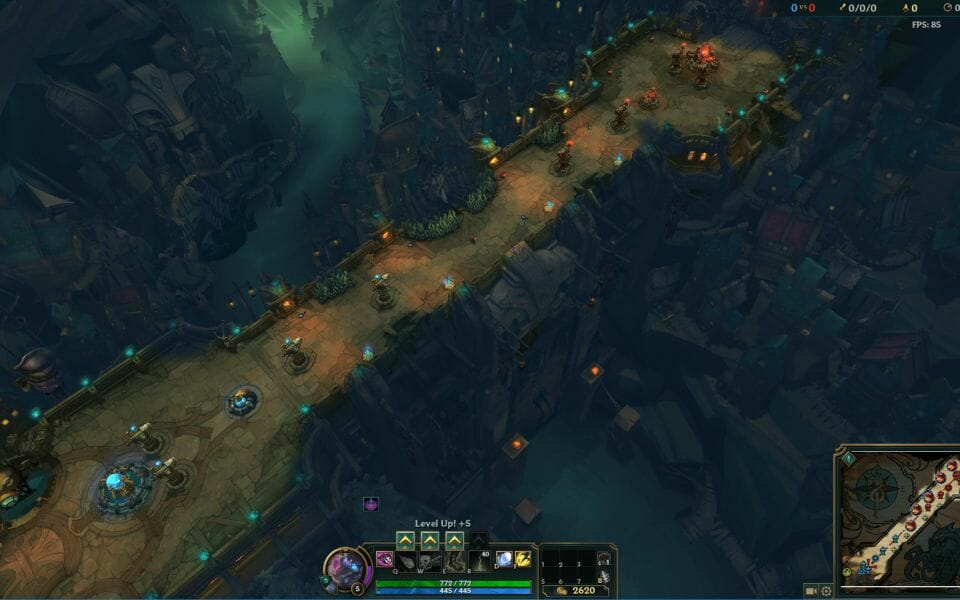 If you have ever been frustrated because a teammate went AFK, which lost you the game, then you will understand that feeling where you absolutely despise League of Legends. Everyone deals with this differently; some players take a break while some start spamming the ranked mode to end their day on a win, which does more harm than good if we are honest.

However, there is a third option that many players would agree is the best: playing ARAM! It will allow you to reset your mind, and one of the best champions to get your hands on in ARAM is Pyke! In this guide, we will discuss how to play Pyke in ARAM and how to build Pyke for ARAM. Let’s dive in!

Why Play Pyke in ARAM Instead of a Marksman or a Mage?

If we think about it, Pyke is a squishy melee assassin with very little wave management and wave clear abilities and not enough damage (until late game), but his pros outweigh his cons in a mode like ARAM.

In a game of Summoner's Rift, there are so many angles you need to be aware of, but with ARAM, we can reduce this massively in the early game. All you need to worry about is what's in front of you; hence, it is easier to land clean hooks on your opponent in ARAM than in other game modes.

If you are playing a Mage or Marksman, this will still apply. Still, given the insane crowd control abilities Pyke has, combined with the insane all-in pentakill potential due to his ultimate, few champions come close to posing the same threat level as Pyke in ARAM.

Another reason why Pyke is so powerful compared to other champions in ARAM is due to how quickly he can reach his power spike. Most of the other champions require 3 or 4 items to utilize the full power of their champion design.

Still, Pyke is an absolute monster when you have completed your Duskblade of Drakhtar and Youmuu’s Ghostblade. The invisibility combined with movement speed makes Pyke a lot harder to hit with skill shots. A good League of Legends player can use these tools either offensively or defensively based on their team's situation.

Items to Include in Your Pyke ARAM Build

The first thing we have to understand while playing ARAM is that this game mode is all about team fights, so before we buy an item, we have to answer the question of how this specific item is going to help our team. Nevertheless, we can always feel comfortable starting with a Serrated Dirk and Refillable Potion.

The first choice we get is between an Eclipse item and Duskblade of Draktharr. There are some players who believe the extra lethality stat that Eclipse grants would be able to help us out in the long term, but we tend to disagree with this notion. We think that Duskblade is a remarkable item for Pyke because of the passive's invisibility.

When you get a kill on Pyke's ultimate, the opponent will have no idea where you might come from next, making things much easier for you. In fact, this combo actually fits in well with Pyke's lore which you can check out here!

The second item, which is a must-buy on Pyke, is Ghostblade. There are some players that either build Edge of Night or Collector second, but our Pyke ARAM build suggestion provides that extra movement speed you will need to get into position to make the most of Pyke’s abilities.

Another mistake that players make when playing Pyke in ARAM is buying shoes. It is a better practice instead to just focus on your other items because the Ghostblade is granting you that movement speed buff already. Also, ARAM is a much simpler game mode with less need for high mobility to change lanes or secure different objectives.

Related Article: How to Build Pyke in URF Game Mode

The third and fourth item you get in your Pyke ARAM build depends on what situation your team is in and what champions you are up against. We will always advise you to build Axiom Arc since it will reduce your ultimate cooldown further. Yet, you also have a choice between Edge of Night and Collector.

If there are a lot of champions with crowd control abilities on the enemy team, you can go ahead and build Edge of Night first and then Axiom Arc afterward. However, if there are squishy champions without much crowd control, make Axiom's Arc your next Pyke ARAM build purchase and then go for The Collector, as this would enhance your ultimate damage.

The last two items should always be Guardian Angel and Serpent's Fang. These items picks provide you with additional survivability but also that extra damage to take down enemies in the late game when there are a lot of shields involved in the game.

We would highly recommend you follow the order in which these items must be purchased, as changing that up without any concrete reason might weaken the build itself.

How to Start Off the Game with Pyke in ARAM

A common theme among the best Pyke players in the world is utilizing the threat of their hook more than the hook itself. Some so many players consistently try to land hooks with a meager success rate. This allows your opponents to be confident in your inability to land a hook rather than being confident in their own ability to dodge.

You should use the two bushes on the ARAM map to your advantage while playing Pyke and spend as much time there as possible. If you do, opponents will be scared to come forward in anticipation of you landing a hook and taking them out.

Related Article: Who Pyke Counters and Who Counters Him

Despite many players opting for Hail of Blades, the best keystone rune in ARAM for Pyke is Dark Harvest. The consistent scaling allows you to be a late-game assassin that can quickly take down an enemy champion from 100 to 0.

When we combine this with other runes like Ultimate Hunter and Coup de Grace, you will undoubtedly deal more damage than an opponent would ever anticipate.

Wrapping Up Our Pyke ARAM Guide

Pyke is one of the best champions to play with in ARAM because of his great mix of burst damage and CC. While slightly different from the typical Pyke build for Summoner’s Rift, your Pyke ARAM build will still be heavily dependent on lethality items and trying to take down opponents quickly after you successfully engage and control them with your abilities.

Please let us know if you have any other great ARAM Pyke tips using the comments below. If they are great suggestions, we’ll add them to our guide.