How to Play Pyke Jungle 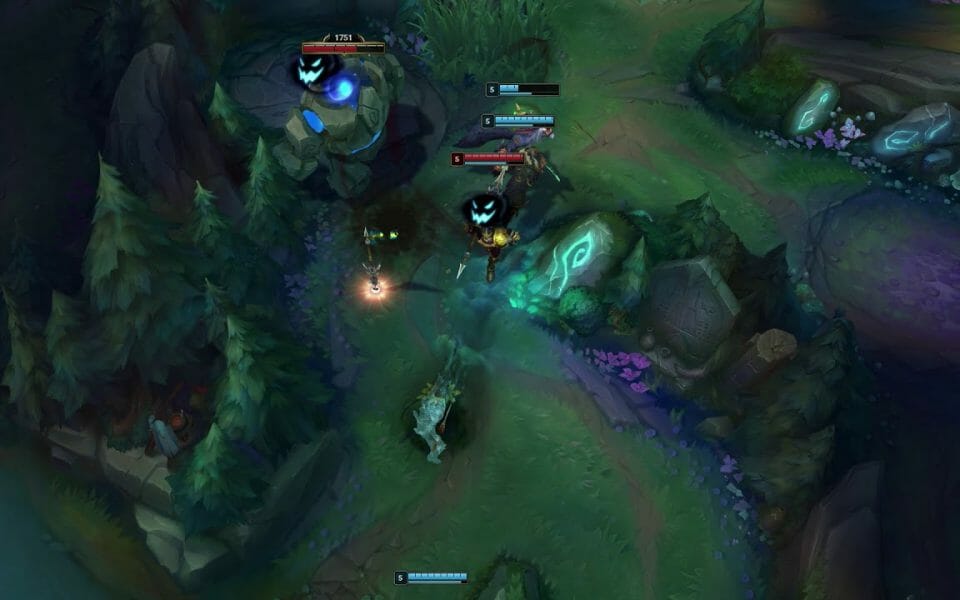 Pyke mains are some of the most dedicated and loyal players in the game who would lock in their favorite blood harbor ripper in every game. Unfortunately, sometimes this backfires when players pick it as a viable jungle pick. In fact, he is one of the worst jungle champions in the current state of the game due to his lack of camp clearance. Yet, if you are still serious about playing Pyke in the jungle, then we have got some tips for you that can show you how to play Pyke jungle and not be a burden on your team.

The key to understanding your role while playing Pyke jungle is to learn about the pros and cons of your champion. Pyke isn’t a ranged champion like Kindred. He also isn’t a hyper-carry that will scale well into the late game. That’s why it doesn’t matter how far ahead you get over your opponent’s jungle because you are playing on a timer, not them. What Pyke instead brings to your team composition is great ganking potential, allowing your team to snowball the game out of the opponent’s reach.

We can even think of Pyke as the melee assassin version of Twitch jungle, which essentially means that if you fail to obtain your teammates’ lead in every lane, then you are the reason your team will lose the game.

What should be your first jungle path while playing Pyke?

The way to start the game while playing Pyke is to get the red buff first every time. It will allow you to reach level 2 and some amount of sustainability as you clear the rest of the camps. It would be highly beneficial if either your top laner or your bot laner helps you out in clearing the Red Brambleback depending on what side you are playing from, as Pyke isn’t a very fast camp clearer, and it would help him set the pace for the rest of the camps.

At this point, you would have got your level 2 and both Bone Skewer and Phantom Undertow, which means that you can finally gank a lane. We highly recommend you head straight for the mid-lane, but if there are aggressive champions like Renekton or Lucian in the side lane nearer to you, feel free to go for an early gank there. It would at least result in a set of summoner spells that will allow your teammates to play on the front foot for the next five minutes at least.

If you feel that this strategy isn’t working for you, then you can try mixing things up by clearing the Krugs before heading towards a lane as that would catch an opponent off guard as players never expect an 8 CS jungler ganking their lane out of nowhere.

The best jungle path for Pyke right now is starting red, then clearing Krugs, Wolves, Blue and Group. It is complicated to remove Raptors in the first pathing, so we ignore them during the first iteration.

Related Article: How to Play Pyke in ARAM and Build Him Well

What to do in the mid-game?

Vision control is a crucial part of the mid-game while playing Pyke jungle. It may either help you win or squander a well-earned advantage due to you pressuring your opponents early on in the laning phase. Hence, it is highly advisable to keep track of the enemy jungler all the time and spend some gold on control wards that would allow you and your team to maintain that lead. Otherwise, your team won’t be able to help you out as you are a very squishy melee assassin.

A well-placed ward on the other side also might help you earn picks for your team if you are up against squishy champions. A good approach while placing the wards is to keep in mind what crucial objectives are next and where your opponent might try to invade your jungle from. It is essential to avoid getting caught alone in your jungle or lane, especially if there are a lot of enemies around.

What to do in team fights as Pyke jungle?

If you are a Pyke player, you already know that it is your job to get those resets in the team fights. There are two ways you can do this. The first thing you can do is go all in with your camouflage and CC abilities on Pyke to assassinate the priority target, which is most probably the AD carry champion. Yet, in some cases the priority could be the mage too. This is a high-risk, high-reward strategy and one we only recommend to try out if your team is behind, or you have Guardian Angel in your inventory with your team ready to help you out.

The other way to play the team fight is to wait for your carries to damage the opponent’s champions and then get that first ultimate kill. It would undoubtedly make your enemies run away, but you can use your hook to catch them and get critical objectives.

Which champions would destroy the Pyke jungle pick?

We have talked about how Pyke is a very niche pick in the jungle role and one that you must pick only if you have a clear idea of what the opponent champions are going to be. There is one type of champion that would absolutely nullify this Pyke jungle pick, so look out for them.

Suppose you encounter a mobile assassin on the opponent team in one of the solo lanes. In that case, that means you cannot gank there, making things difficult for you as it is your primary duty to consistently take summoner spells off the opponent champions and gank again and again. Champions like Akali can easily dodge whatever you throw her way and can even turn a 1v2 around, so don’t pick a Pyke against a very mobile team comp.

While we don't really recommend playing Pyke jungle, if you find yourself in that unenviable position or are just looking to mix it up, we hope our Pyke jungle guide has helped you. Feel free to check our other great content, including a great Pyke build for ranked LoL.

Final Thought on How to Play Jungle Pyke

Pyke is not a great jungle assassin in League of Legends. He has some decent lane ganking abilities, especially as he can arrive from stealth. However, he has little ability to clear jungle camps early on and is much better played as a support champion.